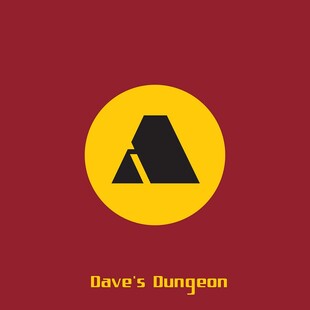 I missed out on Avon's debut, but I am aware of who their drummer is - one Alfredo Hernandez, member at times of Kyuss, Queens of the Stone Age, Yawning Man, Mondo Generator, the Desert Sessions, Che and more. He played on two of the greatest albums ever made (And the Circus Leaves Town and Queens of the Stone Age), he wrote the beautiful Catamaran - the man is clearly a champion.

Avon - presumably more likely to have taken their name from the Desert Sessions/QOTSA track as opposed to door to door make up sales - return on Heavy Psych Sounds with Dave's Dungeon, and although I know nothing of their sound going in, I can make a fair guess (some approximation of the desert stoner sound is a fair starting block I'd say).

Yello is the first of ten tracks, and begins with what I assumed is a Simon Cowell sample or imitation ("So you want to make a record?"), but this turns out to be the vocalist - very British accented which throws you, if you haven't done your homework on who's in the band beyond Hernandez (which I obviously hadn't first run through) and are expecting full Californian representation. Other than that it is as you'd expect, enjoyably breezy rock with a flicker of punk, a less quirky Fatso Jetson, very mid-period Desert Sessions.

From there on, it is sadly patchy. A lot passes by without making any sort of favourable impression without doing anything particularly wrong. There are some bad moments - Hero With a Gun comes across like a wet Foo Fighters cover played too slow (although the flute that threads in and out is great), while the odd lyric here and there causes a cringe or two, such as on Mace Face - "spray the mace, in my face, taze my heart, now we're apart".

There are highs though. P51 is inventive, sparky in an earthlings? or Fatso manner, and the album raises its game further towards its end, first with On Fire, which has something about it - an attitude, a dose of Angus Young swagger making it stand out. The highlight is probably the penultimate Dungeon Dave, from the start it contains that distinct desert fried haze of their peers, and when added to vocals that oddly remind me of Beehoover, of all bands, it combines into a song comfortable to strut in its own world of cool.

Never terrible, there is however too much uninspiring material here to recommend this album, but then there are moments that it is a joy to be in the company of, and worth dipping in for those alone.