The Sonic Dawn Into the Long Night 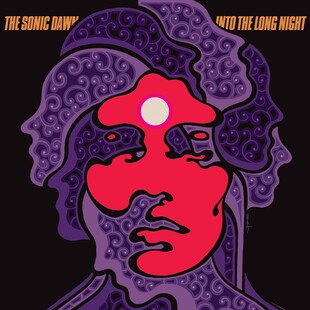 The latest release from the ever reliable Heavy Psych Sounds is heavy on the psych but less so on the heavy. The Sonic Dawn, from Denmark, play an at times beautiful strain of psychedelia that floats along on a gentle summer breeze.

Emily Lemon is flowery, poppy and luscious, even bringing to mind an occult-less Firewood era Witchcraft. It's a joyous beginning. This is followed and furthered by the playfully jazzy On the Shore, a freeflowing relaxed lounge vibe, with keys tinkering towards the end, creating an unconscious and irresistible hip rustling movement as you listen.

Three tracks in (the opener is a standard intro) and this feels exciting, somewhere between Dead Man and The Dandelion, although truth be told the true influence is along a deeper lineage dating back many decades. Sadly you soon release Into the Long Night has already reached its summit, and the remaining tracks are on various outposts on the descent. There's a cool 60s rock n roll vibe to As of Lately, but it doesn't quite kick on, while the funk groove opening of Six Seven excites, before descending into largely boring plodding blues, slight echoes of Graveyard's indulgent latter day ballads.

It doesn't deserve a negative downer to spoil the trip however, just that the promise of the start stalls. Numbers Blue highlights this, American blues style with a mystical air, with almost-Indian instrument faint inclusions adding to the cloudy atmosphere, yet despite this doesn't fully form into something as great as that should. The next couple of tracks aren't up to much, but it does at least end on an upturn, Summer Voyage , dreaming away with the sun on your face. I'm glad it ends on a positive, for this should be the primary emotion to take away.

An album for kicking back in the dunes on a cloudless day. There are moments you'll want to revisit regularly, and while it may never reach the heights of the start, it is always a happy experience album long, a record to bathe in the warm glow of.

Forums - Reviews and Articles - The Sonic Dawn - Into the Long Night