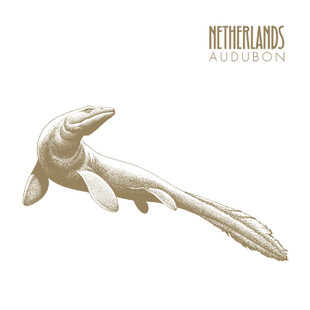 Sludge-crunch pop anyone? This is truly odd... but that's always good, music that sounds like everyone and no-one has to be applauded, and is often the catalyst to excitement and new avenues. But is it good good - is it listenable, or just the unrestrained over excitement of musos acting like toddlers fed too many Rainbow Drops? Netherlands, from New York, manage to fit into both camps.

The list of bands and sounds that the opening L.M.M. has me jotting down in my review notes is vast and crazily varied, like a terrible dating website pairing The Melvins with The Darkness, or 35007 with Ween, but without the tongue in cheek silliness that might imply. With its doomy guitar tone and soft vocals, it is fantastic in its own right, regardless of influential origin; brilliantly different.

The deranged skittishness of non-FNM Mike Patton is surely an inspiration running through Netherlands' veins, the more accessible of Mr Bungle particular noticeable in some of the latter tracks. But again, you can't really pin it down to a single source, more in the method of no shits given attitude. At one point I'm thinking of Melt Banana, the next Zach de la Rocha steaming into the menacing riff of The Bottom of the Ocean ("do away with the system").

Torche may be the closest comparison, but this only fleetingly (on Thumper, perhaps), The Melvins influence lays the template, upon which a cornucopia of outlandish structures are erected. The only constant - importantly, especially for my taste - is the contrasting thick coating of sludgy grime. The finale of In Cyan even has me humming Detroit's doomiest Beast in the Field.

As daft as it may appear from this review - and, frankly, during the bewildering listening experience - you don't get the sense that this is throw away mockery or pissing around, never the sense of condesencion in its tone; this strangely feels honest (although am prepared to be proved wrong - who the fuck knows). It is, when you strip away the distractions, pleasingly heavy at times too. You may love this, you equally may hate it (I'm closer to the former), but either way you should really hear this.