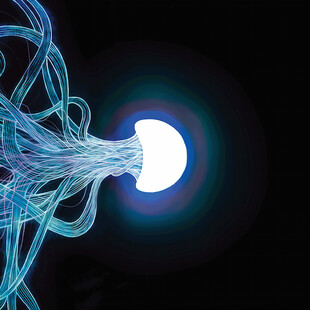 I was happily surprised to hear of a new Elephant Tree album, as it feels only a few months since Theia came out on Magnetic Eye, but a quick check reveals that came out in 2014. Presumably the fact I still give it the occasional spin has warped my timelines. This self titled follow up, from the same label, is welcome anyhow.

The previous carried a nice surprise in trippy blues pitting against bellowing sludge in unlikely yet successful alchemy. This is distinctively lessened here, dropping much of the singularly heavier output for a blanket psych settlement. It's no worse for it either, a clearer, more self-assured identity emerges, and tracks like Fracture display their growing maturity. And it's not like its going to be blown over in a light gush of air either, the guitars still consistently fleshy.

There are a couple of moments where I'm simultaneously thinking of Dead Meadow and a very-British indie vibe, the excellent closing Surma in particular. Dawn's swinging 'southern' riffage contrasts with breezy vocals, coalescing toward a handsome stoner rock sound. Aphotic Blues proves they've not lost all of their lust for the heavy, a crunching, bends-inducing tone that Slomatics would be proud of, then somehow mixing with a vocal and psych approach of the realm of All Them Witches. And it works, really well. The returning big riff ending, to put in simple terms, fucking rocks.

There's something instinctively likeable about Elephant Tree, a feeling I've had right from the release of their first demo track a few years back that they ride on a wavelength to which I'm persuasively attuned. This album should rise their stock - they're really carving out a personality and song writing integrity that will surely gain them wider appreciation.