Addaura ...and the lamps expire 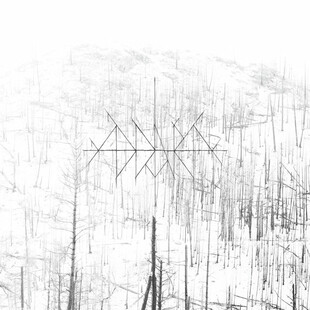 I'm finding my way within modern black metal, mainly through the recent "atmospheric" trend, a post-metal idealogy applied to the once most secular of scenes, opening it up to locations, mindsets and ears previously immune. A lot of it is bollocks mind you, releasing the tension, forgetting the conflict and attitude to produce bland post-rock style over-produced art-wank.

This music still needs aggression. Addaura acknowledge this here, on what is essentially a two track EP with a couple of mood setting fillers. It appeals to me, immediately conjuring memories of Wiegedood's sublime De Doden Hebben Het Goed from last year, an impression I can't shake throughout. Addaura, from Seattle, have been going longer than the Belgians, so I'm not citing a copyright infringement, more just happily reporting on an imagination on a scene befitting my tastes.

Amid the tumult and clamor (I look for the light through the pouring rain) launches from piano intro to an approved kick drum paced riff. There's mid section maudling, where, as a newcomer to the band, you wonder if you're going to be left stranded, but those fears are dissipated soon enough, the track driving forward, the mood, outlook empoweringly uplifting. As it passes through the six minute mark, I'm sat upright, attention undivided, allowing their darkness to envelop. It climaxes there, sadly, but will still bear repeat listens for months to come.

The sun shines to-day also. (on the oaks of That Bird Hill) is the other major contributor (nb the length of track name appears to be directly alligned to length of track). This is faster, directly fiercer at its fore, delving into the post-black metal introspection in it's middle, blasting back out at the end, beseeching vocals roaring forth.

It doesn't quite reach the spine chilling grandeur it strives towards, but overall there's something here that reaches out to me, a sound both progressive but without giving anything in terms of its offensive. And (to knick a phrase) amid the tumult and clamour, exists a sparkling talent, thankfully scolded by and encompassed within blackened influence.

Forums - Reviews and Articles - Addaura - ...and the lamps expire