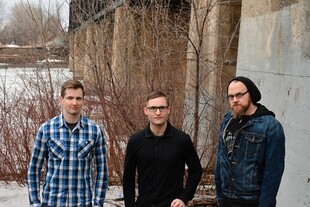 Temples Festival 2015 is now even closer. Here's the second of our preview interviews from a band sure to be one of the highlights.

KEN Mode are about to rip Bristol open with their brand of intense, knotted noise. We caught up with vocalist and guitarist Jesse Matthewson.

ninehertz: Ok so new album Success sounds like it's an even more focused piece of work than recent albums, how was this one to create?

Jesse: This was the first time we've ever come up with the concept behind an album before we started writing it, including having the visual artwork for the record being brainstormed for along with the music itself.

We wrote Success from April through August of 2014, played a few of the songs on tour in fall of 2014, then recorded it in November. It was all a pretty streamlined process of creativity, and we're all very happy with the cohesion with which the project was wrapped in. As with our last three records, we're working with another new bassist - Scott Hamilton - and a big part of knowing someone is going to make it in our band is whether or not there is writing chemistry, so the fact that he's still here speaks volumes for how the creative process went with him while writing this album.

ninehertz: One of the new songs Blessed reminds us of bands like Enablers and even Listener with a focus on spoken word, the music flexing more underneath. Is this a conscious move to push your lyrics further than before?

Jesse: To a certain degree it's the way Steve Albini records vocals - raw, no effects, with only an additional room mic for ambience, so the vocals are clear and in your face - and a certain degree the actual focus of the music itself, being a much more noise rock approach than our previous material; not so much vitriol spitting metallic screaming. 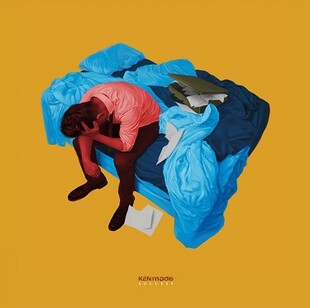 The approach definitely makes the lyrics pop more, as it's clearer and more concise, and the album was the hardest I've ever worked on lyrics before in the band's history. I wanted to place a lot of emphasis on creating the odd hook, and making patterns memorable.

ninehertz: With making aggressive or at least heavy music that rarely lets up, does the well ever run dry? Do you ever want to make calmer music?

Jesse: I think for an aggressive band, we actually do write calmer music and mix it in among our other material. The last few records have tracks that take our feet of the proverbial gas for periods...but anyway, the well hasn't run dry yet. We'll continue spilling out whatever is there at the time, whether aggressive in nature, or not so aggressive.

ninehertz: Eugene Robinson is also on that new track, how did that collaboration come about and indeed, the guest spot from Dylan Walker from Full of Hell?

Jesse: I had the pleasure of meeting Eugene and chatting for his Bloody Knuckle Podcast back in March 2014 while on tour with Russian Circles and Helms Alee, and while we were writing Blessed we could just hear a vocal build up to a more chaotic finale. We felt, even in those preliminary stages that his voice would be perfect for that section, so when we started demoing the material I fired him a message to see if he'd be interested in collaborating. It was just our luck that he was into it. Same with Dylan; we'd toured with Full of Hell in 2013, and I thought some noise textures would be cool on that song, and things just lined up well for us.

ninehertz: We saw you play a hell of a set in Sheffield last year, how was that tour with Hark? Did you catch any good bands over here? 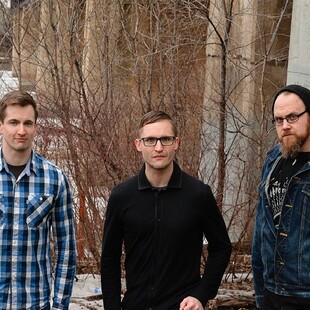 Jesse: The tour with HARK was good, we were actually surprised by the uptick in our UK shows, which was positive. We got to play with Art of Burning Water finally, which was cool, but I can't really remember who else we played with on that tour... there were a lot of 2-band only bills with just the two acts and our comedian, Garrett Jamieson.

ninehertz: Have you been impressed by any other bands recently?

Jesse: I really enjoyed the records put out by White Lung, Single Mothers, Death From Above 1979, and the Austerity Program last year. There's tons of great bands operating right now. I hope we get to play some weird bills this year so we can experience more in the flesh.

ninehertz: What can people expect from your set at Temples?

Jesse: Pure fury. We play with the same intensity regardless of how many people are watching though. I just hope we can get some sleep before the festival so we can acclimate to the time zone change (something that always messes me up when we tour Europe). We'll hopefully have a blend of songs from the last 3-4 records, so we don't alienate too many people with all new songs, even though that's all we want to play right now.

Band photos by Brenna Faris. Thanks to Jesse and Lauren Barley.