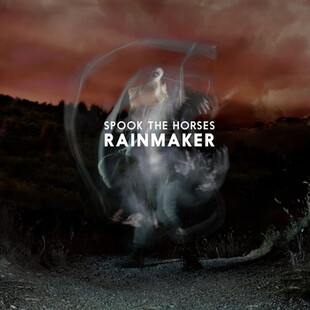 The regaining of post metal's fervour in recent years has been a great thing to behold. There's always been bands churning out atmospheric, slow-burning triumphs and at one point it was hard to know where to look when it came to the genre. Over the last decade, a cocksure, almost knowing approach has been taken by many with few really daring to stick their necks into the firing line.

So do New Zealand's Spook The Horses come up with simething that jars the listener into consciousness? Well, yes and no. The immediate fast approach and hard hitting thud of opening track Footfall gives a definitive answer to the question 'what have you got?' but does steep the listener in well-worn tropes of the genre such as gradually-climbing lifts in mood, chugging, menacing and stabbing notes that churn aggressively.

However it's not until the misery of Flood that the vocals suddenly take centre stage. The momentous and levelling music builds a fortuitous crescendo, but it's the paint -stripping screams here that wow. Similar in intensity to extreme metallers KEN Mode, it also has an air of Human Remains about it, the desperation hangs in the air like black fog, with nowhere to go and so enveloping the listener.

Thinking back to consciousness, Spook The Horses do not deal in yawning, one-idea concepts, no their reach extends to more psychedelic fields too. The contemplative and gentle nature of The Saint floats in a hazy bubble that is part Earth-like acid bleariness and equal parts deep natural wonder a la bands like Mothlite, staring at the stars in wonder.

For all this staring at the stars, there's also the frantic grip of hands in dirt, fingernails thick with grime and a primal and all-encompassing, fizzing anger on show. The stunning Drought burns with fierce, primal rage and serves as a flag for STH's dynamism and furious striving for real feeling and creative freedom. It harks back here to the fire in the blood Neurosis realised they had around the time of A Sun That Never Sets, you know, when they combined their early oppressive tones with a measured dose of the wild? That.

What more can be said?