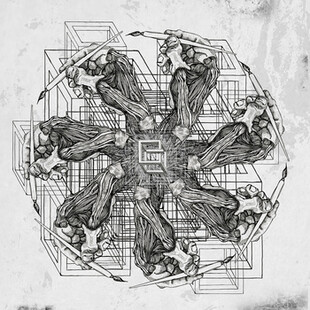 Math rock is a genre as difficult to critique as it is to create. As a style of music typified by a high level of musicianship, it can be objectively difficult to do wrong. Too many times, however, have math bands poured all of their energy into performance and not enough into their collective identity, simultaneously forgetting to involve the audience. There is a fine line between impressive and engaging material, and of course the masters of the genre achieve both.

Enter Brighton’s Polymath, bearing a string of singles and EPs behind them. Across these, the group have become increasingly more aware of their own identity, and on Reptiles they have cemented their vision with an amount of musical character that is so disarming, you almost forget how technically impressive they are as musicians.

Introducing themselves in a manner not dissimilar to De-Loused in the Comatorium, the band creep in and out of muted arpeggios until, like a liberated circus elephant, they explode as a cohesive unit with a colourful collection of colossal yet playfully stoner-rock riffs. Within this guise, Polymath find comfortable space in which to portray their identity, deliberately interrupting their seemingly inexorable grooves in an almost tongue-in-cheek fashion, punctuated further by a pleasant sense of dynamics and the very occasional hand-clap.

Their spirited yet musically anarchic approach can be likened to groups such as Cleft and Che Ga Zebra, but Polymath take an extra left-step by ceaselessly drenching their guitars in a reverberated manner most likely approved by the aforementioned Messrs Lopez and Rodriquez. The mid-pace nature of these passages adds an unpretentious purposefulness to the songs where previously the trio have been keener to demonstrate their higher-octane precision.

With Reptiles, Polymath present a driven and characterful piece of math metal; their awareness of restraint is apparent, and is a very welcome trait in their often ostentatious genre. The tracks on the EP hint at a subconscious attempt at avoiding overt categorisation, in a manner which perhaps deliberately contrasts with its title. Those craving a more intense cerebral excursion may find solace elsewhere, but the group appear comfortable continuing to blur the line between impressive musicality and engaging material.