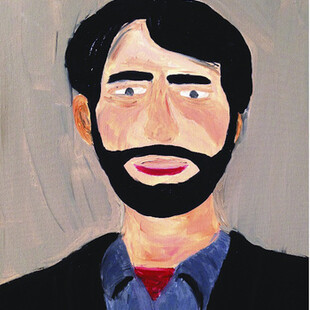 Creating dispassionate music passionately is a skill that many aspire to, but few attain. Steve Malkmus of Pavement et al is a master of this, as are Parquet Courts and The Fall.

Harpoon Forever, formed four years ago, attempt the same detached and faraway approach with mixed results. The songs here fly out of the trap with aplomb, but remain on a rigid course for much of their short lifespans. The lo-fi un fussy production also adds to the basement band feel and you can imagine this going down a treat at a house party or boozy gathering. Just the right side of introspection to sound credible, Harpoon Forever certainly create a hazy, dream-like state here.

It sounds almost narcoleptic at times though, b-side Chickens sounds like The Smashing Pumpkins' Today on Valium for example.

One tactic here might be to absorb these songs on a lackadaisical sunny afternoon rather than say driving or operating heavy machinery. It's an EP that charms and relaxes, like a cup of tea on vinyl.