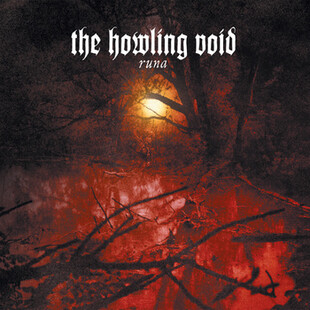 Imagine if you will, that it's the mid-to-late 90s. Your PC is a grey, cutting edge colossus of a machine with a 3D card worthy of your school friends' envy. Your parents have come by a copy of Age of Empires on CD-ROM and the menu music alone is enough to make you sit bolt upright. Forget the gameplay, the endless farming, building and battles, your new calling is reimagining Celtic music through the medium of metal.

That's how I imagine The Howling Void got started, this one-man band seems to live on an epic, otherworldly realm full of the unbridled freedom of nature and the bloody taste of battle. Apparently normally stuck on the slow-moving and morbid genre that is funeral doom, Runa is a departure. With an ambitious sound set out for it does have pomp and a regal feel to it, but you can't shake those midi-like horns or the programmed drums from your listening ear.

There's moments where flashes of genius enter the fray, the sound strived for and sometimes achieved is early Opeth or Katatonia, but it is a victim of its own ambition. Place his vocals and guitar sound into a functioning band and it would sound elegant and beautiful, but this awkward, busy sound does it no favours. Like throwing too much spice into a dish, it's rich beyond being palatable.

Even the specially recorded third track for its digipak release The Wolf and The Eclipse is buried in a flattened cacophony of loud keys and crinkled, stuffy drum programming. There's amazing songs under the murk, but only when you tear away the many baffling layers.