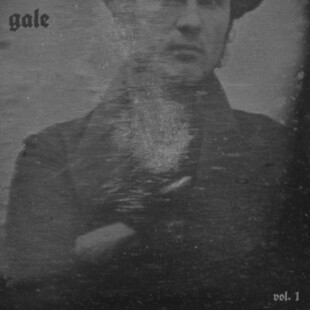 Vol. 1 begins with To Be Free, instantly signalling slightly misleading post metal intentions with a ghostly, slow build into the explosive. Neurosis-ish yes, but it is less dense in the mire than the great San Fransciscans, bringing to mind Deadbird with its doom overtures. This continues on the excellent The Counseled, the brief tenure of Rainydayfuckparade recalled. There is a hardcore grittiness allied to the undeniable groove.

There was a time, maybe a decade ago, when this seemed to be the natural evolution of "intelligent" doom (for serious want of a better term), before grimness, post metal and an overriding need to be epic set the course a few degrees differently. It was only a subtle deviation, easily forgotten, but Gale remind you of it, especially impressively as this is their debut, self-released album.

It doesn't overreach or over-emphasise its "depth", never trying too hard with double digit minute songs for example. It has a similar charm to Yob, in easier to swallow chunks, but then that itself is an over simplification as this sits to the side, in its own pastures, not in their vast shadow. Not perfect, but it is a truly enjoyable listen. A band with plenty of promise for the future, and an album to get your teeth into right now.