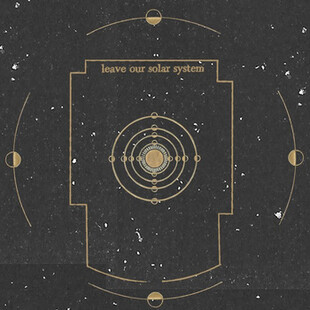 Things that one to mind as you peek into the murky mire that is Sheffield's Drawn From Ichor.

This five piece deliver something that has been lacking in Sheffield for a while, and in a wider sense you could argue the UK as a whole. It's not a case of polished and pro-tool'd up clean death metal at work here which is so prevalent these days elsewhere.

Nope, this is a dark, unflinching sound that unravels slowly, with sections of raucous blasting and trad metal-informed sections that race ahead, but it's in the nooks and crannies that DFI most appeal. Slow sections in tracks like Psychosomatic Parasite with vocalist Olly grumbling and making unintelligible mumbles being particularly haunting.

At times it crosses into black metal territory, with the intro to Exquisite Ionisations for example creating some pretty bleak soundscapes that build up to chaotic and frenetic sections where the whole jittering mess lurches toward you like some sort of ramshackle part organic, part industrial beast, all burnt flesh and battered metal panels.

This feeling of horror is underlined when you read this was recorded 'behind the spray shop', you can't get away from the practice room recording aesthetic of course but who cares? This is how this shade of heaviness probably sounds its best, muddied, unclear and smudged. Just ask true black metal aficionados (read; antagonistic shut-ins) what they think of production values in music and they'll probably say something that sounds like the mics were buried prior to use sounds best.

On this occasion we're inclined to agree, this sounds as it should, hollow, rasped and jagged, a truly miserable experience.