Stubb Cry of the Ocean 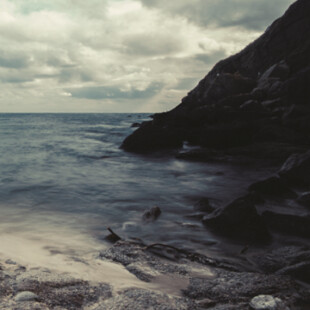 Despite being around for what must be going on a decade, Cry of the Ocean is only their second album, but they finally seem to have settled on a line up allowing them some consistency and momentum at last. The benefits appear to be evident in abundance.

The sound is of 60s, 70s heavy psych and power rock trios - if you know Stubb then you know the roll call of influence, yet straight from the off, you sense a higher level of song writing, maturer, stronger than on their self titled debut, creating a newer, clearer and bolder identity for themselves. There is a calm running through the album, set out on the dreamy blissfulness of the two part title track which set the template.

The immediacy or occasional quirkiness of their older material is largely removed (save for the playful and highly entertaining Devil's Brew, akin to tracks from their Under a Spell 7" or early demos), with tracks slowly washing over you, the loose sea theme of the album apt in its gentler moments.

In the interest of declaration, Stubb have long been a love of this website, but I'm pretty sure I've kept my professional and critical head on during this review. For whether you're brand new to them or you've followed them for years, knowing an album of this undoubted quality was in them but always fearful that the planets would never align to allow its birth, Cry of the Ocean is undoubtedly a release of superb heartwarming, hard rocking soulfulness.

Forums - Reviews and Articles - Stubb - Cry of the Ocean