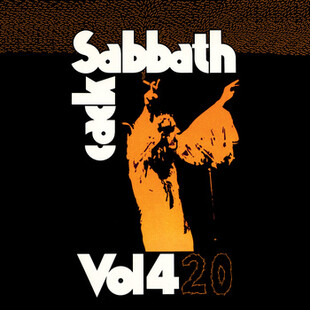 WMNU recently destroyed eardrums in Sheffield and their wide-eyed cover of Sabbath's The Wizard got fists raised and beer spilled on cheap carpet tiles.

This three-track cassette opens with that very cover, here in its feedback-shitstorm caked glory. It sounds like the original scraped of melodic elements and nuance with bass, treble and party all stuck on max. Jamie's vocals ring with a scratched, rough edge and the effects that come loaded with them spin out of control like he's piloting some rickety spaceship. The guitars crunch with a satisfying tone that's a fitting tribute to Iommi and co, but in much more room-shaking volume the Brummies would consider sensible.

Paranoid 420 shakes with a beefy Black Flag swagger, flushing dirty bong water over Sabbath's stab at pop jukebox and what has become Father's Day Compilation CD fodder for no good reason. This reaffirms the song's credentials.

Workin' Iron Man sounds fuzzed beyond comprehension, white noise being bent into riffs as it were. This sounds like it was recorded the other side of a screen door in the street, cars flying by while WMNU clatter through one of metal's underrated (if repetitive) standards. It all rolls back in for the guitar solo though, which sounds even more psychedelic than the original somehow.

This is a great way to spend fifteen minutes, as they print on all their material, play loud. There's no other way.