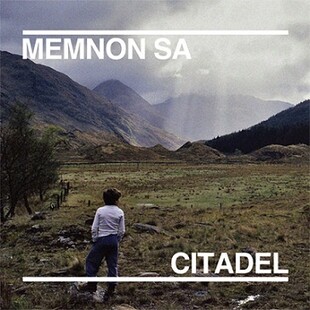 The term 'ancient psychedelia' has been used to describe Memnon Sa, a London-based band whose debut here rolls out of the blocks with a mysterious and sombre tone. The press bumf also mentions kraut rock influences as well as nods from Boris and Sunn 0))).

While the latter might be there in stark influence, you could argue there's a more traditional metal influence creeping in too. The trebly, fuzzy notes recall the elegance of My Dying Bride and the gothic folk bent never seems to leave. More whistful elements sound not unlike the world music strains of Secret Chiefs 3 or their related doom-like incarnation Asva.

Tracks like Black Goddess also manage to straddle the bounds between drone and song-like structure, an underlying blanket of electronics feeding the slow, deliberate tones over the top.

All moving at a glacial pace, the music brings forth feelings of terror and ritualistic revetence. You can almost see the painted cave walls flickering by flaming torchlight. Take the tribal intro to Heca Emem Ra for example. The buzzing and the rhythmic and march-like percussion means you are overcome with wonder. You can imagine this soundtracking a modern-day Ben Hur or an Egyptian epic.

Peaceful passages such as Eshkigal move in a ghostly manner that harks back to when Earth turned from feedback pioneers into countrified dust bowl soundscapers.

Memnon Sa have plenty of tools in their arsenal, but as a result no two tracks sound the same, Titans Sleep has a film score feel too, but one steeped in keys as well as elemental guitar.

Listen for peace and wandering contemplation, but don't get locked in, who knows what could happen?