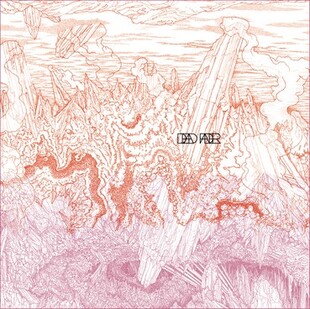 There is a place at the northern tip of Colombia called La Guajira. To get here takes an eternity, through tiny towns, along miles of dusty roads and across the open sea. When you finally arrive you will find a place void of our understood standards of modern civilisation. Locals speak in a tongue unknown to the common tourist and the common tourist would not come here. The earth is bare, the shrubs are dry and there are craters the size of villages. Herds of wild donkey's roam with mats of vile hair and infected skin. The sand is unmarked and the sun beams down on the land with no place for a human to take cover. No one comes here. There is nothing to live off, supply runs to the area are laborious and there are few places to hide from the incredible heat of the sun. It's a remarkable place on earth and depending on your point of view is either the beginning or the end to a whole continent – a place where life just ticks on without the interference of mankind.

Blood Forest and Scorched make up Dead Fader's new double LP, and are two varying forms of experimental, ambient noise that encapsulate this place perfectly. Blood Forest is the softer, tamer older brother of Scorched, a raucous and wildly ambitious young beast. It's the sound of the earth collapsing, a raw infectious noise creating sheer tension. It's an album that would be forbidden but for the knowledge that nothing will be forebode at the end. There is an industrial, mechanical-like precision in the drums and filthy, distorted synths that are frankly brutal and scare the shit out of me.

Blood Forest offers an alternative character. Friendlier than it's younger sibling, more cautious too, but a moody bastard non-the-less. It haunts, and like the sounds of a worn out, distraught carousel it plays through with the sound like the intolerable habit of a finger tip being whisked across the grooves in a spinning record. The stripped back beats keep a timing and a focus around the warped noises and ambient soundscapes. It's both stunning and disturbing, and it's genius creation soon morphs into a sonic wizardry that most electronic musicians couldn't dream of.

The beauty of the record is really in the sound of the artist delving so far deep into his personal creative zone. The opening ten minutes of Blood Forest is the hum of a guy slowly slipping into his own world and by the time Scorched arrives, he's gone man, solid gone. Although uncomfortable it's still bloody satisfying to hear. The albums never lose control and through it's minimal, direct efficiency it's often terrifying. There is no overplaying, nothing flowery and nothing unnecessary. In plain terms, it is genius.

Back in La Guajira it will still be the same as when I left it. Before humankind arrived this was how I imagine the world would have looked, and when the earth is done with us this is how the land will look again. Scorched represents civilisation systematically being dismantled by a power beyond our control, while Blood Forest is the reset button, allowing everything to begin again. I have often wondered how this vast, almost desert like plane will once more become a common feature of the earth we temporarily inhabit. I'll probably never find that out, but this double LP by Dead Fader is my soundtrack to it happening. Whether it be an alternate life-form, a meteor or the fault of our own goddamn selves, I'd keep this album about your person just in case the worst should happen in our lifetime.