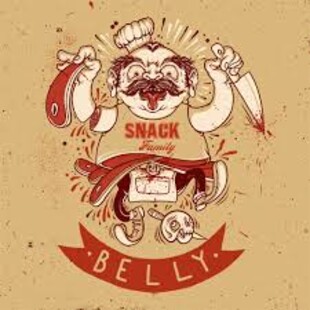 The black fug of acrid smoke creeps out of the monkey's mouth. But didn't the organ grinder inhale that big cigar?

The velvet on the walls doesn't look so comforting now, more seedy, the swell-bellied trumpet player looks on and belches. In what world is this a peep show? You've been swizzed mate, proper stitched up and no mistaking. The 'drink' you've been served tastes like beer, but has none of the fizz and is slowly creeping past room temperature.

The band play, but you can't look, looking would only encourage them, their serpentine movements are sickening and the vocalist croaks with an unnerving amount of sleaze, the backing vocals just serve to back up his crotch-fondling mystique routine. You're in too deep, there's talk of pork belly, but you don't think it's going to to come served with sweet potato mash and a cranberry jus do you?

Nope, this one comes with crisps and a disdainful look, the band are moving closer, but you have no idea why. The brass honks and squelches with no apparent awareness of time or space. Tom Waits, or someone who looks like him, nods approvingly in the corner, their disjointed sounds obviously pricking his back catalogue and his memory.

The vocalist won't stop expounding lyrics that mess with your head. It's like Neil Hannon from The Divine Comedy is melting slowly before your eyes like a hideous, disintegrating waxwork.

Snack Family seemed like a strange name for a nightclub, you try to leave before you become the family's snack, but the tar-like thickness of the basement you've wandered into seems to hold you there steadfast. There's no getting out now, not for you.