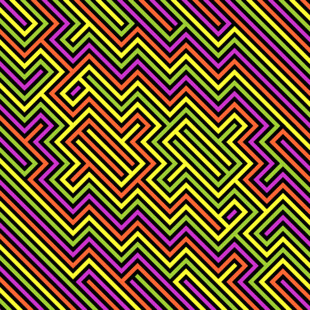 The majority of releases from the estimable Exile on Mainstream record label can be lazily categorised into one of two camps - doom rock or crazy German weirdness. It has been to my great surprise and discovery that it is the latter that has given me most pleasure over the years since I learnt of the label. BulBul are Austrian, but that besides they fall wholeheartedly into the latter frog-lickingly lunacy group.

As such, my expectations are of awkward oddness. This quickly dissipates however, as the opening Fire blows your mind instantaneously. Like Primus gone post hardcore, the band explode with jittery, nervous energy, silky, sexy and lithe, it is toe tappingly superb, making me want to jump up and dance. The lyrics are a bag of strange - "You were born into a herd of buffalo" being my favourite line. The album then takes it up a notch even further with the amazing Uhu, the spawn of Beck as possessed by Mike Patton, with Beehoover on song writing duties and The Neptunes at the production desk. Battles can only dream of being this cool.

From there on, things become more as I thought, with the angular I Hea Scho Lang Nix Mea proving a more jarring listen from the smooth lines and curves that came before. It seems to lose it's way a bit in the middle, consuming itself whole in it's oddity, until returning to something with at least a passing acquaintance with standard structure with Quicksand and Gurdy, which could soundtrack a nightmare where you're being chased around a grimy, dimly lit carnival by one of those clowns from Rob Zombie films, harrowingly strange.

It ends with more bizarreness, then the two mellowist tracks to close. By the time the record ends, I'm left scratching my head as how it is confounded expectations - with it's chasmic variety - yet at the same time fulfilled my opening hypothesis. Which has to be a good thing. Hirn Fein Hacken apparently translates to "get your brain chopped into pieces", which kind of sums things up perfectly.