Sioux The One and the Many 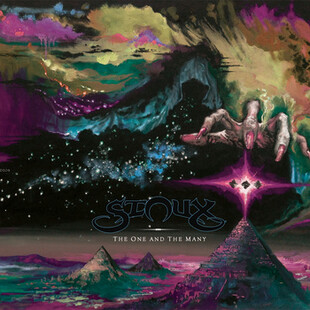 Sioux are the latest band to reach our ears from Portland, seemingly an enviably fertile scene as productive as anywhere right now. I've heard of Sioux previously, then described as sludge metal, but if that holds true it's with a nod to bands like Deadbird or Cable, who bridged the gap from the primal sludge of the NOLA swamps with a cerebral outlook that laid the path for Baroness, Torche, Kylesa and to an extent Mastodon to come forth and progress the sound down unrecognisable avenues.

This is the sound of Red and Blue era Baroness, not overly fast or loud, allowing the music to enunciate itself nicely, with sung vocals, all delivered in the opening Let in the Night for example. Ad Astra hints towards Kylesa influence more directly. The astral trip out fest hinted out by the album artwork doesn't really materialise but it does have an undercurrent of the cosmic with deft use of synths, or perhaps it's by their constant restraint, the defining characteristic of the album, it's positive and negative.

This never allows things to gets overly heavy, never rushed, lavishly and earnestly delivered but arguably lacking the passionate desperation of Kylesa - impressing, but never wholly impressing itself upon you, if that makes sense. While maybe missing some x factor to truly stand above and make you believe they'll become figureheads pushing the scene further, this is still a very strong album, expertly crafted and potentially filling the hole vacated by Baroness once they made the radical shift with their last album. If you pine for those pre-Yellow and Green days, then I'd recommend discovering The One and the Many.

Forums - Reviews and Articles - Sioux - The One and the Many