No Mans Land The Last Monolith 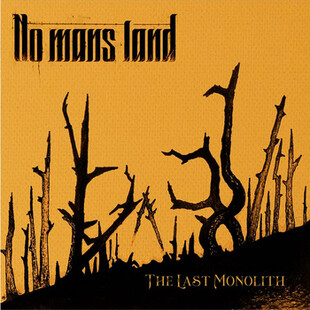 No Mans Land are from Limerick, Ireland and play a mid-paced Cathedral-inspired take on doom. From the off, their influences are clear, not only Lee Dorrian and his much-missed bunch of merry men, but St Vitus, The Obsessed and perhaps even Candlemass.

First track on this four-track EP Last Monolith sets out the bleak sounds from the off. Like Sabbath on downers, with a hint of maybe that Crowbar guitar sound mixed in there it's all very promising.

Just when you think they might be an instrumental band, second track Hawks & Vultures features some overbearing vocals that are half sung, half hollered, not only giving it a desperate feel, but a pretty alarming one too. Lyrics are sage and warn of impending death it seems, but don't last very long before an extended and more upbeat section which brings to mind bands like Pentagram and their denim-clad selves.

Elsewhere Kingdom's End sounds frankly quite scary, the vocalist going into full-on raw throat mode. Cannot decide if I like the style at all, it's very impressive in volume and suits the foreboding music quite well, but also sounds a little like he's just stepped on a nail and is phoning his own ambulance. You decide.

Those who like a bit of ham thrown in with their metallic stoner rock/doom will appreciate the dank and dark start to closing track Behind The Mask which errs towards classic rock pastiche at times, but is no bad thing. Live, these would fling you tough looks for even thinking about smiling and the whole guitar tone of this particular slice of music has King Diamond/Mercyful Fate running underneath. If Mister I'vejuststeppedonanail can channel some sort of falsetto, they'd be laughing all the way to the shlock horror bank, without that, this stands as a serious slab of doom. Take a listen for yourself, I can't stop imagining a man suffering a serious injury on the phone to the hospital, his voice stuck in a pained howl. Apologies No Mans Land, you are great, I promise.

Forums - Reviews and Articles - No Mans Land - The Last Monolith