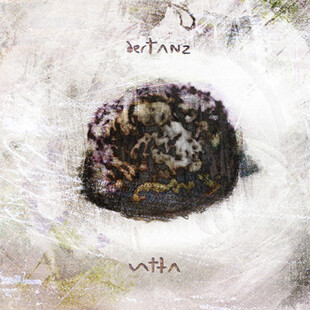 Ok, this is a strange one, derTANZ are from Budapest, Hungary and appear to march to the beat of their own drum. The uncanny sound they create is lo-fi and unusual and becomes not unlike being a willing participant in your own mental breakdown.

Poetry-like vocals collide with minimal production and swelling, undulating bass and guitar as well as rudimentary percussion. It's like a commune of slightly unnerving people in patchwork pants inviting you to a disco and being directly addressed by the vocalist as the sole member of the audience.

It's somehow incredible though, equal parts self-indulgent Mark E Smith aping and half art school wackiness it's certainly an interesting and unnerving journey. Some lines are particularly poignant The last sparkle of respect has vanished intones the singer during The Village before exploding into a furious punk deviation.

There's definite cohesion here though, the creeping and spindly The Ghost builds with such aplomb it seems natural when it comes to a slow and squealing end. The similarly creepy almost-nothing of The Tooth also adds to the eccentricity and I'd vouch they put on rather a show live, all stark lighting and strange costumes.

If The Wicker Man was made again (the horrendous Nick Cage version doesn't count) then this should be the music to inform it, relocate the festival to the backstreets of Budapest and the animal masks with balaclavas and it would be pretty special with this music gouging out its rough path through to your brain.