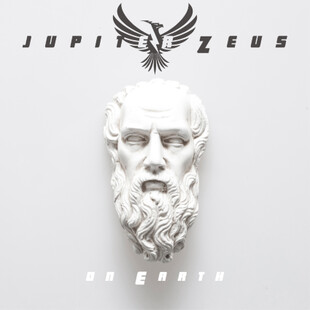 Jupiter Zeus is a great name, it's certainly better than their last one, which was Nebula. Nope, not that one, an Australian one that did well in Asia, bigger world than you thought right?

On Earth stands on a solid rock base, with epic and soaring extremities exposed to the world. The opening track Waves delivers a wind tunnel effect which prepares you slowly for their Katatonia-informed proggish sound. They draw you in slowly, it's all very understated yet majestic stuff and I'd guess that they listen to as much classic rock as they do Tool.

Vocals are delivered in a non-showy way, simply floating over the taut and commanding melodies in a very Pink Floyd way. Lyrics seem to be personal, but far from harrowing and there's a sense of joy here too. Breaks in vocal focus provide subtle guitar licks to have breathing space, giving it an almost European metal feel without the showy pomp you get in those kind of releases.

No, Jupiter Zeus are not show-offs, rather steadfast workhorses ploughing a furrow they are keen on remaining in. There's the odd section that conjures up the always marmite (or would it be vegemite here?) influence of Dream Theater, but frankly there's nothing so self-indulgent and overbearing here, simply a well-produced, if slightly held back sound.

The production has this reviewer in two minds, in one sense it's as crisp and clear as you can hope for, in others it cloys in it's wipe-clean clinical and alienating smoothness. Where has the distortion gone? Buried either in effects or production vaseline, it's far too digitally perfect to be authentic at times. As the excellent Cosmic Rays reaches its peak, the guitars buzz enthusiastically, but there's something missing and they would do well to remedy this live as it just kills off that last puzzle piece that would make them resolutely stunning.

What Jupiter Zeus have here though is an album firmly standing its ground, feet planted wide apart and taking on all comers. It's a fantastic collection of songs that threaten to overcome a clean and digitised film, worth hearing but it may stick in the throat.