Mothertrucker The Power of Independent Trucking 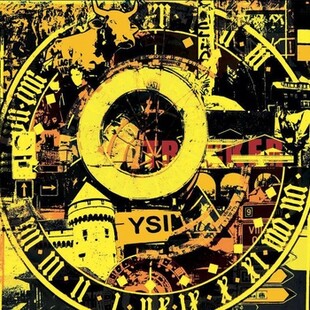 I first of all offer my apologies to the band that this album, released in September of 2013, hasn't been reviewed earlier. Mothertrucker were, after all, one of the four bands on the first ever ninehertz gig in Sheffield, and gave me such a buzz when they sent their debut demo through the post way back when. That blew the ears back with big Sabbathian riffage, and was one of only a handful of experiences I've had where I've thought that if I was musical, and in a band, I'd want to sound just like that. Mothertrucker then, like Monolithian recently, seemed to strike a chord with me in the opinion of the basis for a good track - namely big riffs, heavy and prominent, as not only the building blocks but dyed into the architectural blueprint.

It is nearly ten years since then, and subsequent releases evolved with Pelican style artfulness, the change moving away from my initial, base thrill but the quality still abound. The Power of Independent Trucking showcases a band comfortable with their place in the world, displaying a sound not in thrall to their post- peers but taking influence from across their decade together. The opening Career Ender hints towards epic post metal, but holds its shape by not cascading into the full on art of post-rock creation matured by the likes of Bossk. On more than one occasion I'm reminded of ninehertz editor Mike's old band Flatlands, especially on the understated and calming Crypt Stalker.

Elsewhere they advance heavier facets, in the preposterously titled Reef Do All the Work, The Beatles Get All the Credit, or the doomy smudges smeared throughout Duff McKagan's Kagan Wagon. There is even a psych playfulness, on the Ghostbusters 2 inspired Vigo the Carpathian (RIP Egon) - imagine Colour Haze toying with post rock frolics. There are moments, almost inevitably, where there isn't enough going on, a lull in the flowering storyline of the album, which significantly detract from a couple of the songs individually.

The beauty of this album lies however not in idiosyncratic components but in the album as a contiguous whole. Mothertrucker's instrumentalism allows it to function as an aggregated singularity, flowing over you, creating myriad patterns of shade and emotion, all positive even in the heavier elements. It will make for the perfect soundtrack to a spring morning moment of relaxation, without being dispassionate. Mothertrucker persist and prevail, and continue to inspire.

Forums - Reviews and Articles - Mothertrucker - The Power of Independent Trucking