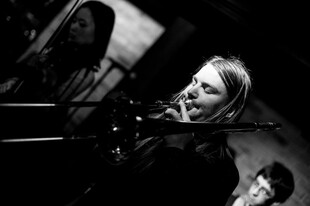 The South’s very own Selectric have been selected to play on this eclectic line up for MADE III, the guys and gal are categised on what it means to be Selectrical.

Ari: Let’s start where you started, how did you guys come to be?

Si: I guess it started about two years ago now. The original plan was to do some orchestrated jazz stuff. The first two people I spoke to were Dan (ex-keys) and Agata (violin) about it. I wrote some tunes that were dog shit. Tom K (guitar) and Joao (drummer) then got involved and I wrote some tunes that were a bit less dog shit. I then called on some horn players I knew, and we recorded our EP.

Since then, Tom Bush has joined on clarinet and we're getting a new keyboard player.

This two Tom thing in the band is gonna be a problem one of these days.

Ari: We have two James' and a pair of brothers, I usually refer to my other band mates as A, B, C + D.

Si: May have to do Slipknot style number rankings. Of course I have to be #1.

Tom B: I have an alter ego I can fall back on in case of crime.

Ari: You definitely are #1, I'm meant to be asking the questions!

Ari: I'm down with 'Ed'; it's a strong name. One syllable, no messing.

Si: Nah, I think I'd have a Japanese name or something. Thought Tom'd come up with something a little more interesting than 'Ed'.

Tom B: It's easy to remember if the cops catch me. Other than that, I use 'Bolivia X McSingh' when I need to use a pseudonym. 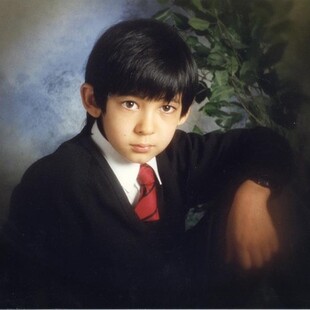 Ari: Was the plan always to have that many members?

Si: Yeah, I wanted to do something kinda similar to ‘Jaga Jazzist’ and those sorta bands.

There’s something quite fun about having a band with way too many members.

Ari: It must be pretty hard to adapt new members. Do the compositions change much, or do you end up writing new stuff?

Si: Most of the tunes were written before Tom and Matt joined but they definitely add to what’s done. Everyone in the group definitely enhances my tunes. It'd just be a bit static if everyone played what I wrote.

Plus, the new line-up definitely has playing styles more sympathetic to the tunes.

Ari: What's your song writing process like? Do you go in with a plan or is it more spontaneous?

Si: It usually starts with a riff that I'll jam out for hours. Often a guitar part that Tom K will really hate playing. It'll most likely get extended from there as I come up with a structure. We do a lot of improvising but often it’s within a compositional framework.

Ari: Is it solely Si that writes the tracks?

Si: Pretty much. Sometimes the band will have say in how they get developed. Usually when I write something so fucking awful they can't bear themselves to play it.

Everyone’s said they were going to write music for the band but so far no one has.

Ari: You’re a band we’re very much looking forward to hosting at MADE, we kind of found you guys on a whim, and fell in love with your sound. If you had to describe your music to someone who hadn’t heard you, how you would you do it?

Si: A jazz band that wants to be a rock band.

Tom B: I tell people math-core jazz-funk, which is inaccurate.

Si: God! I fucking hate jazz-funk. Makes us sound like those pervert smooth jazz bands from the early 80s! 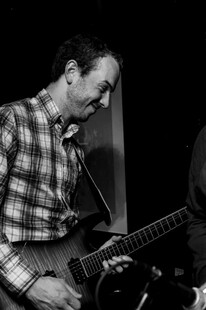 Ari: 'I'm Watching You and NOT Blinking!' came out this time last year, is there plans of a follow-up soon?

Si: Yeah. We've got some new tunes written which are in our set-list. We're hoping to get them recorded ASAP (April if everything goes to plan).

Look out for our seven minute epic 'Selling Crack to Teenagers'

Just need to come up with a title for the EP. I've come up with some dreadful titles that have got shot down immediately.

Ari: Awesome, if the last EP is anything to go by, it could be quite good.

Si: It’s a lot heavier, a little rawer, more balls out. Plus, we've started to really sound like a band now.

Si: Probably Henry hoovers. There’s something quite nice about vacuuming with a smiley face on the machine. Makes you think everything’s gona be OK...even when it's not.

Ari: Man, I'd forgotten about them! We had one at a shared house once, we were young and coloured his eyes pink gave him a stuck-on spliff. Many a night was spent showing house guests Henry's ability to clear a line of flour in one second flat!

The other Google result for “Selectric” was typewriters; who would win in a fight between a vacuum cleaner and a typewriter? We’re talking pound-for-pound.

Si: Typewriter. It's desperate to regain some credibility after computers took its job.

Ari: Finally then, what can we expect from you at MADE III?

Tom B: I will likely miss a cue.

Si: A bunch of oddjobbers in their mid-20s pretending like they know what they’re doing - even though they really don't.

Si: Can we just burn it? Maybe this was why Dan really left.

Si: Slayer had more respect than to use a cajon!