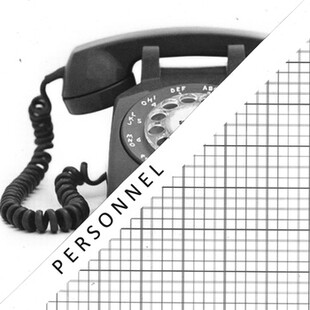 Personnel describe themselves as UNPOPULAR MUSIC on their bandcamp. their wonderfully-packaged 7" would suggest they are a difficult bunch and the music contained is supportive of this.

The sound could well be based around some late 80s post punk influences, but you can hear stuff like X-ray Spex in there too. Opening track Consumer Electronics brings forth rattling, snagging and short bursts of riff with some interesting lyrics here and there. This continues in a manic way on tracks like Modern Drab, which has a Talking Heads vibe to it.

It's easy to imagine this band resplendent in white suits, playing like loons in some corner of a party while everyone else goes mad.

The awkward and angular rakishness continues as this packed single continues, the brief Hysteria could well be a home counties version of the punk band Off! but with less bile, simply charting the dull and indentikit nature of everyday life in southern England.

The shadow of Mark E Smith looms heavy in the final track, which could be seen as aping 80s Fall, all repetitive riff and scatter-shot drums while the vocalist tells his own baffling story to anyone who will listen.

Curious, odd and somewhat ordinary, Personnel are a band. That's all.