MADE Preview: Fly On Byrd, Fly On

In the second of our pre-MADE interviews, here's Sheffield post-whatevers Fly On Byrd, Fly On being grilled. 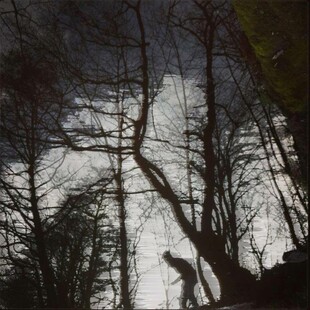 The band, made up of Adam (guitar), Damian (guitar), Ari (guitar), Ryon (bass), Kingy (keys/samples) and James (drums) have recently expanded to become a six-piece and play post rock informed by fantastical wartime pilots, plough on reader, plough on.

Mike: Right, first off. When did you guys form and what was the idea?

Adam: I think it was Ari's fault.

Damian: I have no idea.

Adam: I ended up randomly having to share work with Ari.

Arian: Yeah, I'd say that's partly true... Me, Adam and James worked together, liked the same kinda stuff, because of that we formed in November 2011.

Arian: The idea was to try to incorporate all of our favourite ideas from other bands into a soup of one mixed up sound. We started off pretty minimal, mellow and a little muddy... 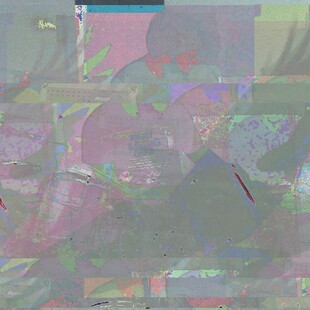 Mike: Cool, what kind of bands can you all agree on? Are there bands that just one of you likes?

Damian: Turns out both me and Adam love Silverchair.

Adam: Yeh you'll probably hear that later down the line.

Arian: I think me and James have similar teenage upbringing, hardcore punk, but I am I'm partial to Silverchair too.

Adam: Once, I like Radiohead but not followed them.

Damian: I love Poison the Well and Thrice.

Arian: Having six members, there's definitely going to be some sort of crossovers...six degrees of separation and all that.

Adam: All converging on a single point.

Damian: I have a Europe live video at home...

Arian: On that hypothesis, we hate all bands, yet like them all at the same time!? 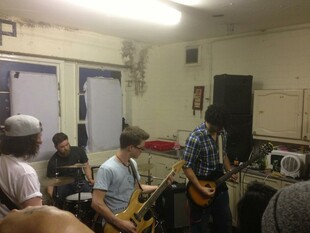 Mike: Right, next question. How would you describe your music to someone who's never heard you before?

Damian: I only heard them (us) for the first time probably two months ago.

Adam: Probably Maybeshewill but metalier, going by the newer sound.

Mike: Can you say a single word? Like 'fun' or 'rubbish'?

Mike: What's with the name then? Punctuation is in these days.

Arian: It's along story. We're named after a pilot from the 30s and 40s. Richard E Byrd. So it's a clever play on words you see. Pilot/byrd/flying. See? SEE?! 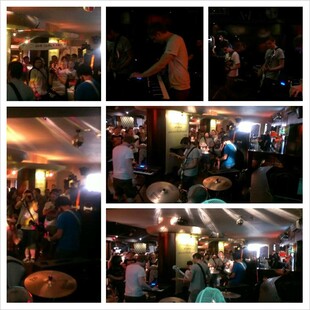 Arian: It gets deeper. He was a highly decorated pilot, and is pretty much responsible for the modern mappping of the Antarctic. He was the first man to fly to both the north and south pole. Now, allegedly, he flew to the centre of the Earth. It's called the Hollow Earth conspiracy, read up on it.

Damian: He swam to the centre of the earth.

Arian: At the centre of the earth is a utopia filled with Aryan alien Nazis, so it's about journeying to Utopia.

Adam: I don't think my utopia would have Nazis.

Arian: We pretty much have to explain that to everyone, at ever gig. They'd be nice Nazis.

Ryon: Is it not about birds flying....have I missed something?

Mike: Moving on from nazis, you've just expanded to THREE guitarists. Seriously, are you trying to become Iron Maiden?

Arian: Trying? Achieving. We haven't got the legs to put out an album every three weeks, unfortunately.

Damian: Seriously though, it's going to sound epic.

Mike: What kind of stuff are you going to be doing at MADE? You have an hour to fill...

Arian: Blame Adam, he went on holiday, and Damo was too good to let go after him sessioning for us...we tried it out and it was massive.

Damian: We had one practice as a full band before tramlines. It sounded alright.

Arian: We're writing again, so we should have a couple of new songs ready... we have a nice video ready, that's an hour long.

Mike: Cool, why should people come to MADE then?

Adam: Cause I'm not there, I take up too much stage space.

Arian: You were described as Richard Hammond with a guitar by one of my mates! You are the most compact band member for sure.

Adam: That's pretty spot on, that or David Tennant.

Arian: But yeah, MADE is going to be an excellent showcase of music and art, 7 quality bands, local and unlocal I'm seriously looking forward to it.

Adam: So am I, it's gonna be really fucking good

Mike: What are your plans post-MADE then?

Arian: It's extremely high on the priority list. We'd just like to have something a little more tangible.

Mike: Any plans to tour?

Arian: Yeah, a tour of the East Midlands has been talked about. It's pretty easy as we can sleep on my mum's floor when we play Leicester or Nottingham...

Mike: Does she live in both cities?

Arian: Ladybird books are from Loughborough, also Bernard's Watch was filmed there. Don't knock it.

Mike: Woah, ok. I can see it's a serious place.

Forums - Reviews and Articles - MADE Preview: Fly On Byrd, Fly On