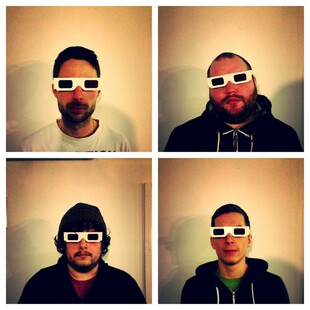 Love Hurts are the Midlands equivalent of a good times party band. We'd like to say they turn up with their amps, rock out and leave, but they are more likely to stick around, bum ciggies off you and make a nuisance of themselves. We caught up with frontman (title at his request) Mark Finnie to ask him just what his deal was...

What does the title of your new release mean?

Piers Morgan suggested it to James Clankie as a song title cause i think that's what he thought our music sounded like and you cant argue with that guy.

What's it like having brothers in the same band? Are you afraid they'll start slagging each other off in the press?

James is adopted and moved to London when he found out, so they never really see each other, if Dan has had a drink it can be a bit tense at practice sometimes.

What are your lyrics about? I get the feeling they are barely masked threats to people you've fallen out with.

Haha, they are just stories really. Some are about me mates, some are about me. I try to write from the point of view of the band as a whole as well. I don/t really write them till the day before recording them, so it depends what girl is giving me hassle at that time in my life.

What's your favourite venue in the UK? Why?

1in12 Club in Bradford, it's DIY-run and just has a no bullshit atmosphere about it, to me it's the most important venue to UK punk and hardcore for the last 30 years. 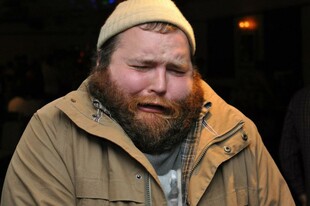 Are you trying to tell me something? It depends, I think its difficult to sing in your own accent, some people do and its obviously easy to them, but some people just sing in a way that sounds good to themselves, and that just happens to sound like Kurt Cobain.

You're off on tour tomorrow, what do you pack?

Pillow is pretty essential, and a weed grinder, we pack pretty light. Dan needs to constantly be fed so he brings a lot of food, I've seen him bring three shopping bags full of food before.

What are each band member's spirit animals? (And you can't have turtles)

James Fowler is quite rat like, so rat. Dan Fowler likes climbing things so he would be a monkey, James Clarke would be a sloth, and I would probably be a shark. If I saw a shark I would find it hard not to jump in an ride it like a horse.

If you had to pick another band to tour with, who would it be?

That's a hard one. Local bands then, I think Dry Heaves from Sheffield, we played our first shows with those guys and are good mates. Bigger bands, probably Queens of the Stone Age if Grohl is playing drums. 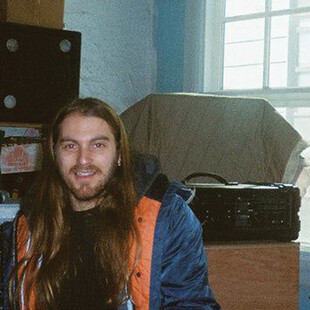 Who is the person on your new release's cover? What's his deal? Is he single?

I don't actually know who he is, we were packing some gear away one night at practice and he appeared out of nowhere trying to sell us aftershave out of his bag, we asked if we could take a picture and he let us, as long as we didn't take one of his dog.

packing gear away, what's his problem?

Haha, we were in Wetherspoon's earlier having a beer and a burger discussing this, he likes it all really, except for touring, he just likes his own bed and shower. I think one day we'll just get a live guitarist.

Singer's question: What's the best cure for a sore throat?

I've never really had a sore throat and had to sing, but just smoke weed and your whole life will be OK.

Band question: Will you ever be getting a keyboard player?

Well. I've just started to learn how to play the piano, so never say never, we could be the next Coldplay.

Find out more about Love Hurts via their Facebook page, or go and listen to their releases so far via Bandcamp.