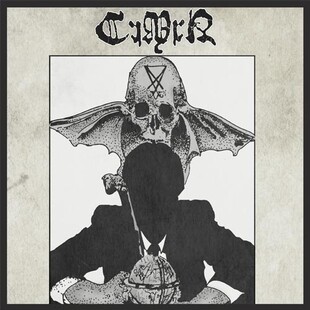 Corrupt Moral Altar dish up a slap round the chops with their latest EP, Whiskey Sierra. For those of you already acquainted with "CMA" through my editor, Mike's erudite and hilarious reviews for both Luciferian Death Cult (here) and the demo Needle Drugs (here) you will be in the loop that they are scousers made up of ex-members of various crackin' bands.

Whisky Sierra is a right fucking racket. Exactly what you want from Grindcore in its most explosive and extreme and what's more, the blast beats tend to subside and warp into sludgy feedback and spooky breakdown bits. It's menacing and confrontational throughout, which I think is really good fun and as band execute some heavy as fuck hecka interesting ideas really well. They are billed 'for fans of' Iron Monkey which would be appropriate as this EP kinda sounds like Bad Year played at +2 on a turntable.

The title track is probably the most melodic and 'A-side friendly' for good reason; it’s a top notch high octane sing-along and in the middle has a kind of Napalm Death You Suffer moment before plunging into eerie headbang sludge.

The end of the EP sees two tracks which from what I can discern appear on the previously released demo Needle Drugs which I can’t really work out if they are re-recordings or re-mastering of or just the same tracks, but nevertheless they are good.

When I first started singing in a band, in order to throw out a good screech- my good friend and mentor, Ste said I should try and sound like "a pissed off scouser" which is clearly something that comes naturally to the lead vocalist. What I really like about CMA is the interplay between the screechy vocals and the guttural dog-bark vocals- there are weird spacey noises (presumably from dog bark guy) that go off in the background and as a whole, the batshit crazy bits like that and the bizarre-o guitar solo in You Don’t Have To Go To Clown College add so much to this record. Whiskey Sierra just has that extra dimension which is cool- ace drumming too.

I think this band take grind to a really interesting (and exciting again!) place from the sounds of Whiskey Sierra. It also begs the question what does Whiskey Sierra or 'WS' stand for? Water-sports, Waking Sleep, Wank Stain? Is it someone's initials? Plus I'm sure they would be an absolute treat live- If you don’t mind getting your face getting mashed off by the sheer power of grind that is!