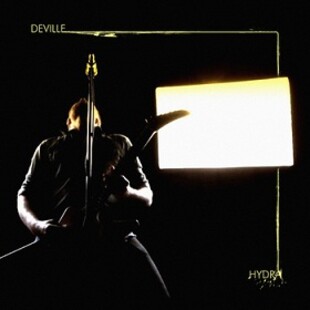 It's not surprising that Sweden, so often the stronghold of extreme and obscure rock and metal sub genres, has been home to a large chunk of the remaining fresh sounding stoner rock of the last few years. Bands like Truckfighters and Asteroid have shown that the genre still has life beyond regurgitated Kyuss homages, and for those in the know, Deville have been up there with them, in musical output at least. I first heard them when reviewing a split of two bands then unknown to me, Sergej the Freak vs Deville. Their half was excitingly impressive, and they continued the form, with the album Come Heavy Sleep in particular a real gem of modern stoner.

For that reason, it was felt like deserved recognition when Small Stone, the last label bastion of stoner rock from the mighty American trio of yore that are still fully active (the others being Man's Ruin and Meteor City) picked them up. Too many sub par "desert" bands have got more recognition with less.

Deville's main assets aren't revolutionary but simplicity is often the best way - strong vocals, catchy as fuck riffs, often played at a brisk tempo. Lava opens up the album and showcases all their prowess, driving home their intention stylishly. After that, Hydra stagnates a little however, never bad but without the irresistable attention grappling riffs it fails to pique the interest often enough for the early-to-middle of the album. The songs are accomplished hard rock and with Andreas Bengtsson's impressive vocals there are Soundgarden influences conjured, but thankfully they never delve into that murky mid territory of stoner and grunge, a near sureity of mediocrity if you see that combo on a press release. The production is powerful and weighty with it, allowing songs like Over the Edge to shine with a healthy dose of heaviness, but all the while never fully reaching their true potential.

Things change subtly but markedly from the middle of the album, becoming a notch darker and doomier, from Burning Towers onwards, which sounds distinctly Age of Winters-era The Sword. The following Let It Go is darker still, which then gives way to the metallic instrumental Battles Will Be Born, which, as the title suggests, gives the impression they've been listening to High on Fire. It's a strange section of the album, surprising and welcome, but I can't make up my mind if the grouping together of these songs, rather than spread throughout is inspired or just too weird.

Hydra ends with Stay A Little Longer, brooding with an alternative/indie base like the serious and assured moments of Foo Fighters, or even post-hardcore perhaps. It took me a few listens to get it, but now find it an interesting and admirable track that shows, if you didn't believe it before, that Deville have a real talent. It also ensures the album is bookended with it's best offerings.

It's hard for me to tell whether I'm being harsh in my summation that this is a good but slightly disappointing album, due to my high hopes for this release. It's as possible that I've been overly positive for the same reason, so I'll keep it at that. Don't be put off checking out Deville if you still hold on to the hope of stoner rock, and Hydra is well worth a dip, but it's probably best listening to earlier ouput first.