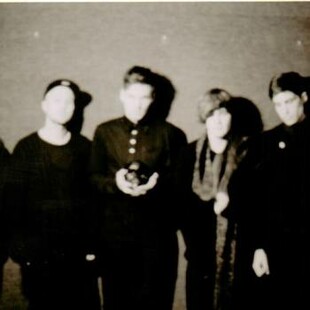 The Vestals most likely named from the vestal virgins, priestesses of the ancient Roman goddess Vesta. But I prefer to misread the name as The Vestigals. They are a remnant, an appendix, of popular music. However, rather than being an historical artefact they are a new thing. Everything old is new again?

That strummed guitar thing, drum machine like an elaborate click-track that makes me sniff and try to recall that one Strokes single, you know, off the first album? Yeah that beat, familiar here. And we’re off to the races on a swell of familiarity. Lyrics are trite, something about not wanting the girl or guy, the object of affection, to change from being a perfect pain. Okay. Absolutely one hundred percent totally, incredibly okay, alright, average, mediocre at best. Part of my brain says this might sound like Stellastar, or some other middling MOR pop band. Superbly average.

Second of the double A-side, Seventeen, rises with a synth line, then does big 80s drums and guitar solo. I can feel the compression, that chrome-plated, high gloss finish production thing. It is all very well put together in a popular/indie hybrid way that draws lines from 80s and that whole 80s-revival thing we did a few years back.

But there’s no surprises here. Girl-bopping-in-her-bedroom song. The name, Seventeen, says it all. Maybe knock a year or two off it. Lyrics, “You and me / were meant to be / up on a silver screen,” ape teenage melodrama. Let’s all run away and wish we were free and also in the movies and oh my god can you believe how unfair it is and how he won’t be with her and gosh like you know totally.

Fine, if you like it, but there’s better sources for what this band are selling.

When you get a good recycling it forges something new from the old. Here there’s no good forgery occurring. It sounds like. By like, I mean like a lot of other gleaming indie-pop staples, produced until the wheels fall off and the spirit leaves the body and all that’s left is a good-looking corpse, being fucked by bored record executives as they do blow off its back forever.

Maybe I’m wrong. I can’t speak to how independent The Vestals may be, or how important such affiliations really are. I will say that I’ve just had a wander into their label, Killing Moon, gazed upon their site and the other artists on display. There’s definitely an eye to catch popular sounds there, but those artists are diverse and there’s more worth investigating in those other bands than what is present here.