Shineski Leave You In The Dark 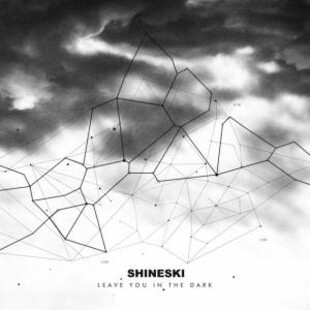 Maybe I'm becoming well known in France as a reviewer of French stoner rock or perhaps it's just a coincidence, but this is the second album I've been given to review in as many months.

I wasn't the greatest fan of Blondstone in my last review so how do Shineski compare?

In one word- better. In this type of music,unlike death metal for example, it is a hundred times more important that the vocalist sounds half sensible in English which he manages to do. The self production is also well done, the instruments are individually well-defined, crisp when they need to be and grungier when required.

Whilst not in the same class as Torche's Harmonicraft it manages in a similar way to combine pop sensibilities with some crunching riffs. The band also manage reasonably effectively to use the quiet/loud device without making it seem hackneyed- particularly on the title track.

Over the course of the EP the music spans straightforward rock (Up The Wall) through to Grunge, bass heavy progressive numbers (To The End). There is a fair amount of variety, some decent songwriting and everything is well played with real conviction.

It may be a particular problem of mine but desert/stoner rock never sounds that convincing unless done by bands from the US. Shineski whilst not by any means the worst non American band in this genre still fall foul of that obstacle. The riffs are there, the use of effects are good and whilst there aren't any real stand out tracks or choruses the album as a whole does what it says on the tin. It just doesn't quite sound authentic to my ears.

What it lacks to my ears is a killer song. You tap your feet and nod your head whilst it's on but nothing particularly lodges in your brain. I can imagine they would be a good live act and they do show some real promise.

A good effort and probably a band to keep your eye on.

Forums - Reviews and Articles - Shineski - Leave You In The Dark