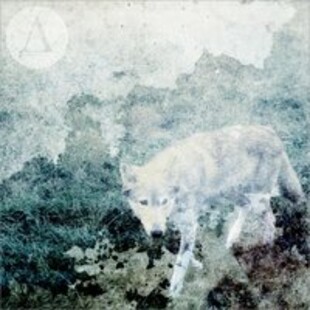 Five guys from the south of England, one of them trying too hard to put on an American accent as he screams hardcore when high glassy synths are replaced by standard distorted guitar with that whole epic melodic thing you know. And then a point of experimentalism as the vocals echo in the distance and the synths return. Scatters of guitars or drums with reverb to rival the 80s applied.

Then, predictably, the trad hardcore returns and our shouty faux-merican wails front and centre, something about his blood dripping on the floor. This happens on five out of five tracks. I joke not.

So-called ambient experimentation never sits well with these harder-sounding genres, especially as so many musicians seem to think a bit of wobbly echoey synth is ambient and/or experimental. Quiet/loud/quiet dynamics. Nirvana did that, and Pixies before them, and those who came before, and on, ad infinitum.

Just because your louder bits are louder, and your quieter bits quieter, does not make you progressive or experimental. I can see your structures plain as day, there’s little here that genuinely pushes the boundaries in terms of structure or does more than flip flop between two divergent sonic palettes.

Five track album. That’s an EP where I come from, I don’t care if it is a digital album or what. Queue inevitable mid-album “ambient” two minutes, followed by more shouting. Then quiet again. As if these musical clichés, high drama forced through wild oscillation of dynamics, are somehow meant to evoke an emotional response. Perhaps for the emotionally and musically inexperienced. But my tastes are more nuanced and I find trite lyrics about love, battle, war, sadness, anger and so on, all framing relationships that have as much depth as the thin crust on microwaved custard.

Time for my own cliché: the attempt to offset the initial bile with something positive or at least constructive. The hardcore bits are good, I care not for the vocals or the lyrics they deliver but the music is alright and even had me tapping my foot at one point. The production is good.

The ambient fluff unnecessary, or at least the self-labelling of the band as, “rock ambient experiemental post-hardcore post-metal,” is superfluous. Post-whatever. Just be the whatever. You’re a hardcore band with a few flourishes. There’s no shame in that. There’s just many like you who do fake genre-bending rather than reaching for something. Do not say you are experimental when the experiments have been already been conducted numerous times and the results already collated, published and peer-reviewed.