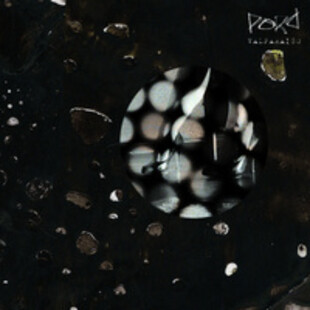 Valparaiso by Pord took five labels to have it unleashed upon the world, thankfully, it's worth it.

A French five-piece with a penchant for playing as loud and as raucously as possible while aping The Jesus Lizard, Keelhaul and Thin Lizzy at the same time, Pord are just nuts.

Rambling feedback gives way to precise counterpoints in what is essentially a heads-down rockout from a band who are more clever than their silly lyrics would suggest. A lot of the vocals are delivered through what sounds like megaphones, you know, that clipping, in-the-red noise that grates if you're within a few feet in real life, but sounds pretty cool on record?

You get the feeling at some points this album is self-medication from the three garcons, shades of the self-destructive and much-missed Charlottefield ring out at times, which for those who knew that band will mean this is a must-have. At other points, they sound on another level of existence altogether.

On some tracks they are happy to keep it relatively calm, on others the mask drops completely and their guts spill out completely in a sweaty, contorting mess. It's worth noting the album grinds away at you with little abandon and for that you can be mistaken for thinking at any point the band may run out of ideas. Thankfully each track displays another layer of machismo and a wealth of ideas.

As I write this, the air in my house is thick and muggy, perfectly reflecting this sticky, swirling vortex of sound. Investigate, but only if you aren't wearing your good pair of shoes.