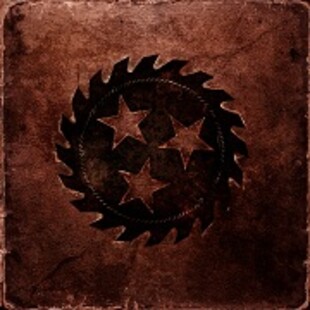 I should probably start by stating that deathcore is a genre I’ve actively avoided for years. I sat through a set of Suicide Silence once when they supported Behemoth, and it damn near killed me. Thankfully, this isn't unadulterated non-stop pig-squeal deathcore, so it is something I can sit through without keeling over.

As usual with anything deathcore, it's blisteringly fast, crisp, and heavy; replete with overdoses of chugging riffs and growled vocals; and a healthy supply of breakdowns. It does veer towards feeling more like brutal death metal much of the time, which is a relief for me, but possibly something that will disillusion fans expecting something more deathcore oriented. It's got a lot of groove to it; supplemented with punchy percussion, and one suspects that Meshuggah and the cluster of in-vogue djent bands may have had some influence upon the band's sound.

Honestly, I went into this expecting to hate it, but found myself pleasantly surprised by a rather fun metal album, more akin to something like mid-era Morbid Angel than the usual deathcore sounds that soundtrack my nightmares. Vocalist Bozeman holds the songs together really well with his very solid and powerful growls which tend to help push the songs along rhythmically, although lyrically it's all quite juvenile and teenage in a way that's probably only a few notches above Slipknot's lyrical level; though the words are quite easy to ignore thanks to the vocal style, and the ninth track is entirely instrumental; though not entirely gripping - it comes across as a bit of an interlude really, and leads into the final track of the album which is also one of the weakest.

Not bad. Not great either, or anything that I would want to listen to personally with any sort of regularity - but certainly not bad. Give it a try, it may shatter some (dis)illusions about the genre, as it certainly did for me.