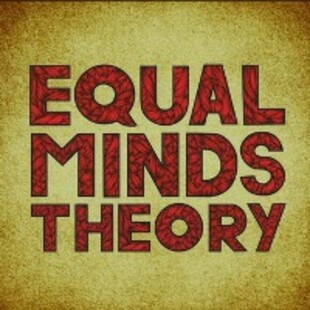 A Russian metalcore/ mathcore attack done with great proficiency and the usual ingredients associated with the genre but no surprises or sufficient identifying features to make it stand out from the thousands of other bands treading the same path.

I could see this going down a storm alongside the likes of Ion Dissonance or Dillinger Escape Plan and there’s plenty of folks out there who lap this kind of thing up; it’s just that I’m not one of them. I have avoided metalcore and its quirk-laden offspring as much as possible to be quite honest; I love plenty of metal and hardcore and all sorts of weird shit beyond, but to me this particular way of combining elements of the two styles just doesn’t click.

As expected, harmonized metallic guitar riffs and screamed vocals give way to melodic interludes and moshy-moshy breakdowns. Quirky samples and electronic sounds spatter the soundscape at odd intervals adding to the chaos. There’s blast beats and discordant riffs to up the intensity but it doesn‘t exactly add up to a pleasurable listen. Maybe I’m just too old…..where’s that nice Andy Williams album gone?

To give them credit where it‘s due, Equal Minds Theory play with a savage passion and undoubted conviction and I hope for their sake the fact that they come from North Russia rather than New Jersey doesn‘t count against them. Perhaps some oversized shorts and neck tattoos will help them break through internationally?

I‘m sure it‘s all very intense live and works up a willing crowd into a sweaty abandon but it‘s all a bit ADHD for me. If you’ve kicked out the Ritalin in favour of Skittles and crack cocaine, this could be your dream soundtrack to a night on the ceiling.

In conclusion; EMT are very adept at what they do and there’s a huge audience for this stuff but to quote Jello Biafra:"It’s like a bad laxative, it just don’t move me you know”.

Take a listen here, see what you think.