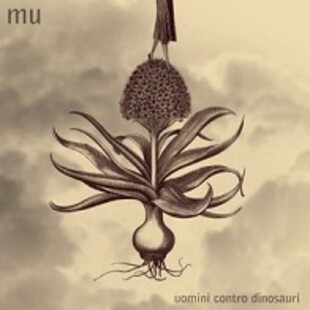 I'm no stranger to Italian stoner rock - years of ninehertz reviewing has lent my ears to many bands from the country with several leaving a lasting impression - eg Alix, Black Rainbows, El Thule. Mu arrive in the ninehertz 'to review' emails and I'm primed for their self proclaimed stoner-alternative rock.

One track in, and I quickly determine two things - that this isn't stoner rock and that the vocals are weak. The former issue isn't a problem - no problem mis-marketing yourself if you sound good, but the latter is a problem. The guy practically talks his way through the first track. And I'll get this out of the way quickly - it's not because he's not singing in Italian - I positively support the non-Americanisation (let's face it, it's not us Brits's who are being appeased by English lyrics) of music from any nation.

The music is a bizarre mix of rock and metal influences - there's a thrash, hardcore riff bit in the middle of opener 'Palezoon' which, if beefed up, could be Carcass or even Hatebreed, without the conviction, but the main is just standard rock music, almost mid to late 90's Britrock with the occasional roar to metalisise it. Second track, 'Siberia', is better and more playful, and has an alt-indie vibe to it - Boss Hog, or Beck, even Feeder, gone stoner/garage (Earthlings?-wise), perhaps, if I reach (-quite far).

'Omicida Seriale' highlights the issues - it builds up fairly well, then breaks into a Mastodon-ic metallic hardcore break down, and the following almost-spoken vocals sound Rammstein-ish in their awkwardness. Widdly widdly is followed by a nu-metal passage, which ends up sounding like Disturbed. It goes all over the place and is occasionally painful, but never good.

The rest differs again, but without anything to recommend. In the main you're greeted by plod along rock followed by metallic riffing which is as much Spineshank as it is any thrash or metallic hardcore noteworthy pointer. Where the stoner sound is, I'm not sure. It's a mess - unsure of it's influences, but not in an innovative way. To harshly oversimplify it: when I was a teenager I used to go watch fellow teens play the Witchwood in Ashton-Under-Lyne (amazing biker rock pub - look it up) back in the 90's playing sub alt rock when nu metal was on the rise; this sounds little better.