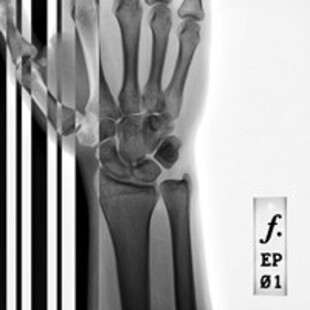 Drums starting up like The Gun Club, thundering along. Promising. Then the singer arrives, delivering mock-Estuary straight through his nostrils.

The music's pretty solid on the first track, Ella, but the singer is Marmite. I assume some might like his diction, the way he pronounces words with excess syllables. Oh, by the way, I hate Marmite. He's clearly putting it on like some cheap rate supermarket non-brand knock-off Marmite. It's just salty paste! Flow, my tears, the ear kidneys said.

Second track Satellites disappoints me as I almost thought it might be a cover of a TV On The Radio song. Instead it loses the thunder drums of the first track, slows down a bit, and starts to sound like trad indie rock filtered through LA punk. Look at that damn waveform too (thanks Soundcloud) because it is looking a wee bit squashed to me, like someone still thinks over-compression is a really good idea.

As it goes on, track three, track four, I really cannot help but think the singer is a cheap Estuary clone of Alex Turner, without the talent for lyrical witticisms. Oh you come from, "the thriving Leeds and Sheffield scene"? Yes well that doesn't mean you have to lift a vocal delivery wholesale from one of the biggest exports of said scene.

The guitars, they slip from the ear as soon as the songs are over. Nothing interesting occurring. I will give the drummer his due though, he's got something. And last track, Swing Kids, shows the band drop the punky structures for the first half at least, and a good use of dynamics lets the song breathe and move towards interesting territory.

Throughout the whole EP there's a sense of overproduction. Yep, there's a management company involved. From the sanding down of the guitar sounds to the point of losing any teeth they might have had, to the masturbatory terms of the press release, “formidable prospect,” “swaggering hooks,” and, “mountain sized riffs and climactic choruses,” it all reeks of marketing push.

Frenetics' release blurb name drops Richard Hell, The Velvet Underground and Iggy Pop. Shame they don't manage to sound anything like any of those. Instead we get MOR with a punk twist, and a singer who clearly has, if not personality, then definitely ego. I'm not asking for improv, nor chaos theory, but at least find a way to subvert expectations. If I can plan your song out before I've heard the whole thing you're in trouble. Frenetics are in trouble.

Listen to the release here