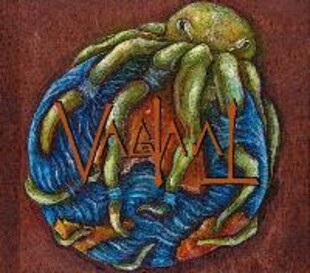 With no compass when it comes to Russian music, I'm slightly scared if Vagiant may be considered a fair representation.

Playing a madcap mix of math, stoner rock, metalcore and all that's in between this is a record that defies pigeonholing in the extreme. The pigeon in this case will have no feathers, an eye missing and a penchant for pecking at landmines. The music never stays still, like a kid who has had too many sweets in one sitting and it's like trying to herd cats in terms of accurately nailing down what they actually sound like.

Initially, you could write them off as being far too whacky to warrant your attention, but there's ideas that emerge after several listens and you start to believe this may be a twisted work of genius. The vocals are a cross between an off-key grunge caterwaul and a strained, constipated wail or moan in a similar vein to Halo.

The cathartic and often impassioned overall delivery raises this album above all expectations, but sometimes you wish they would just focus. There's moments where backing vocals add to the cacophony and you are given a rousing chorus-like section, more of this would get people interested but at present, this is an unruly, ear-bothering mess that will delight some while putting the vast majoprity off music altogether. If you like rough-hewn, yet complex oddities, then Vagiant are the band for you.

The less said about the cover art, a crude daubing of what I presume to be Chtulu the better I think, the back cover is as if Vic Reeves drew his own interpretation of the videogame Fallout 3, utterly unusual.

Forums - Reviews and Articles - Vagiant - Gospel According To Vagiant EP