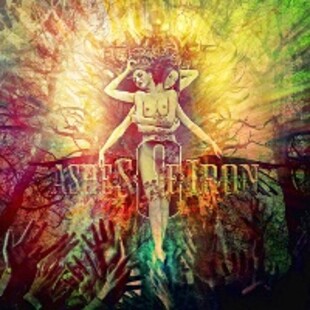 Coming from the steel city, I'm pretty sure that a) you can't set iron on fire, and if you could; b) it wouldn't result in ashes but with slag. Admittedly, 'Slag' isn't as good a band name, unless you put 'Turbo' in front of it which then changes the meaning entirely. Anyway, with their wah heavy guitars, big grooves and drawled vocals you'd be forgiven for not guessing Ashes of Iron are from the rainy Northeast of England instead of from some American desert town. They certainly aren't shy of their influences, belting out riffs that could have been lifted off a lost Kyuss album and with a Garcia-esque ear for a vocal melody.

Actually, back to the guitars for a minute as I was impressed with the guitar playing from the start. The music in general is basically early 90's stoner with not a huge amount to differentiate itself from bands of the time. The songs are listenable if unspectacular and the drums and bass hold everything together without doing anything that stands out, but the guitars are where Ashes of Iron excel. I've gone past the phase of my life where I regularly listen to this kind of music, but the interplay between the 2 guitarists and the playing in general elevates the music to the point where I was never bored of listening to the album.

I can see why the band have landed some enviable support slots and are well regarded on the local scene, but I hope that they can find their own sound and move away from relying on nostalgia towards the retro stoner scene for their next album. And I also hope they call that album 'Turboslag'.