What The Blood Revealed Harbour of Devils 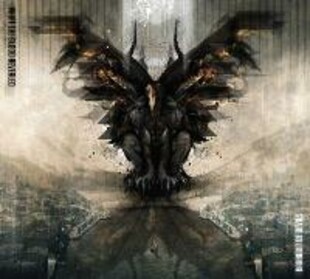 This bunch of Scottish heavies from Irvine first caught our attention a few years ago, they've been plying their trade since 2004 and with an album this dense it's easy to see why.

The name conjures up old episodes of Quincy, but that's where the nostalgia ends, although they ply the same forceful post-metal that so many do routinely, what they add is subtle flourishes similar to bands like Leech or the more restrained parts of Russian Circles which gives them an edge rarely seen in the genre.

Opener 'Embrace The Rational and Seek The Truthful' begins with its claws out, but moulds into a more calm, but still strident beast. It's the kind of music you need to stand in front of at a gig, not hear on record though, but turn it up loud enough and it will have the same effect. I'm all for volume therapy, but this has enough going on for that not to seem moronic and juvenile.

To further compare them to bands that they already surpass in many ways, other tracks on display here take on Neurosis-like subtleties, but there's less brooding here, more a sense of focused euphoria.

At nearly an hour long, I'd guess this is the culmination of a lot of writing, but never really drags, if you start to get too far into a certain riff, there seems to be a groundswell as another equally-raging riff takes it's place, kind of like those breakdancing showdowns, where one dancer squares up, but then leaves the floor open for the next one, a sequence that many post rock/metal bands forget and end up flirting and caressing a riff so forcefully you almost wish the guitarists would just get a room.

Investigate if you like music for long journies, this will last several walks in the woods for many, great stuff.

Forums - Reviews and Articles - What The Blood Revealed - Harbour of Devils