Below The Fall Futile 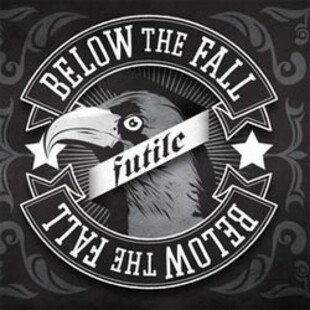 When I was a nipper (ie. my formative mid-teens at the turn of the century), this sort of thing was my bread and butter. Deftones, local heroes Hundred Reasons and Reuben, anything on Deep Elm Records in the year 2000, Jimmy Eat World... All these things very much floated my musical boat as I was growing up, having previously been raised on a mix of pop-punk and classic rock. Being a nostalgic sort of fellow, it's nice to see this sort of heart-string riffage is still doing the rounds in the form of Below The Fall.

Their first EP was a sterling slice of all of the above and this new five-tracker continues in much the same vein, only with more guts, gusto and general confidence. Choppy verses and soaring choruses are combined with chugging, sinewy breaks and dirty lo-fi minor chords that swim over a solid current of of a rhythm section.

Bands that spring most readily to mind include less-remembered Hundred Reasons off-shoot The Lucky Nine and particularly in the chorus department, 30 Second To Mars, with vocals sitting comfortably on a fence between HR's Colin Doran and the latter's Jared Leto. The production is top-notch too, which helps when so much depends on clear, clean and well-sung vocals.

A good second effort then - let's hope a full-length is in store. This lot have the potential to be massive and doubtless, if they were American, they would be. BTF perfectly capture the essence and passion of a brief and little-celebrated musical era. That album sleeve'd make a bloody good t-shirt as well. Mine's an extra-small (ahem)!

Forums - Reviews and Articles - Below The Fall - Futile