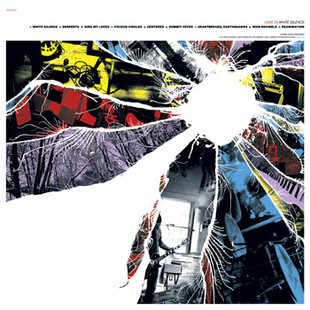 OK, I was not expecting this. Maybe the signs were there on the 'Planets of Old' EP but it was either hard to track down or daftly expensive so I never got to hear it. Still, who'd have thunk that Cave In would return so convincingly to their metalcore roots of old? Not me. Not after 'Antenna.' And then 'Perfect Pitch Black.' Both perfectly listenable records, if as patchy as they were accessible, the latter lending itself to the odd heavier moment where bassist Caleb would pitch in with an amazing vocal growl but.....

Sorry, I just passed the 4 minute mark on 'Sing My Loves'. The heavily affected guitars dropping and the final half of the song swirling around my headphones in a glorious morass like Rosetta never even thought of releasing 'Wake/Lift.' I had to pause to wipe the stupid grin from my face.

Anyhow, this is heavy. Pleasantly so. The band of old have retained all their good bits and refined them, although it's not obvious on the first listen. A fair few of the songs thunder along at breakneck speed with predominantly screamed vocals and some impressively technical twists and turns and it's not always obvious how to tell one from the other straight off the bat. It also kicks off with the title track, little more than an extended intro really, although one that drags on for a little longer than it needs to. Get past these inconveniences though and repeated listens reward the patient with realisations of... something special in terms of both songwriting and arrangement. Just when you're fatigued from the almost constant thrash and screams onslaught, the music slows pace, vocalist/guitarist Steven Brodsky will jump in with some clean vocals, the guitars will remember what they were doing on 'Jupiter' and suddenly you'll appreciate all the facets the band has to offer.

That's the first two thirds of the album anyway. The final 3 songs are somewhat different, 'Heartbreaks/Earthquakes' being a ballad with effects laden guitars in a similar vein to 'Beautiful Son' from Antenna, except not mawkish and embarassing. 'Iron Decibels' sounds like someone's been listening to the Melvins a little too much and the album closes with another ballad, the largely acoustic 'Reanimation'. None of which are bad tracks, but the album is definately front loaded with all the moshpit awesomes and the latter part with the more experimental tracks. Not a criticism but something to bear in mind.

If you want a few 'sounds like' comparisons, most contemporary metal bands can be brought up at some point. Converge, Neurosis, the already referenced Rosetta and... well, Cave In of old unsuprisingly; an impressively loose comparison given the range of their previous output. Which of their albums does it sound most like? It's the best bits of all of them. From someone who has been a little underwhelmed with the bands albums since 2003 (Christ that just made me feel really old,) I'm a little giddy as to how much I'm enjoying listening to this record.