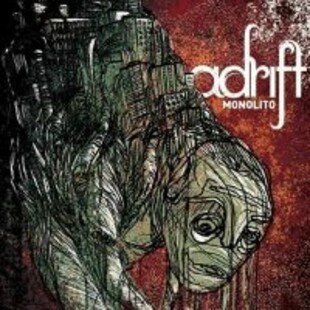 Like a more pacey Minsk or a souped-up Cult Of Luna, Spanish outfit Adrift come across as a very angry and intense proposition. With a very post-metal influence, there may well be more of a swing towards the 'metal' part of that.

A clicky drum sound and guitarists who obviously listen to Down and Crowbar for kicks confirms this, there is a clear case of the fast-then-slow-then-fast-then slow ethic to songwriting here that both works and doesn't.

It works as the production is so dense it feels like an onslaught, the riffs coming thick and fast, with no ham-fisted attempts at overly boring repetition to let post-metal naysayers have a dig, but at the same time, passages pass without being able to develop, some unique ideas come out in certain tracks that would sound far better if given more of a platform, the sublime wailing solo on 'The Big Voice' in particular.

The vocals are quite interesting on this album, sometimes sounding like every other metalcore singer out there, but at other times, almost a black metal-esque pitch erupts from the obviously agitated vocalist Jorge, something they should maybe explore.

Very well-packaged and played then, but with not much to set it apart from an abundance of bands doing the same thing right now.