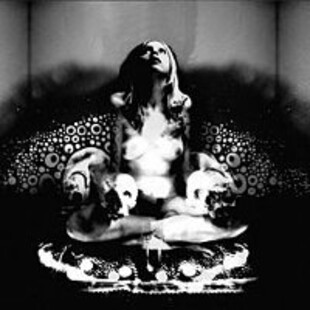 Aurora Borealis seem keen on punishing anyone buying their records with incomprehensible jitterings that only the truly deranged can aspire to enjoying on any reasonable level, a label that houses bands as triumphant as Jesu, Atavist and Moss also inflicts acts like Sylvester Anfang on people.

Featuring members of neo folk bands including Kiss The Anus Of A Black Cat, the music on offer is described by the label as being akin to 'kraut-rock dope jams'.

True there are moments of pure, wandering jam material here, but first you'll have to wade through waves of chattering synths, difficult vocal attempts and almost un-mapped sections of noise for the first few tracks.

Once you do however, there are other-plane-like passages that come across as focused and determined as anything the much-aped Acid Mother's Temple can manage, also having something in common with now label-mate Ben Nash's psychedelic offerings.

Influences from the east come in via scales that run themselves ragged under hippy-commune percussion, layers of guitar feedback and battered white noise modules, and if you're willing to give it some airtime, it can soak in like dirty water, truly special.

Just don't expect any sympathy for battered ear drums and wiped memories, the band themselves are probably speaking in some sort of code in a darkened room somewhere away from prying eyes.