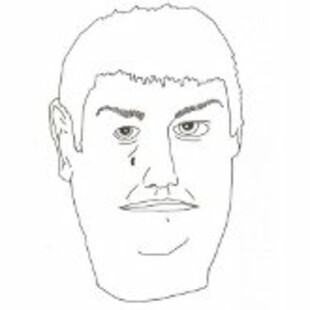 Joy of untold joys, Coventry's Castor Troy are back. Well, four fifths of them are. Naming themselves after Montana's guitarist (well, why not?), Jim, Mark, Tom and James have returned to ruin your ears with a barrage of caustic hardcore. And it's quite a comeback. Wrapping four tracks of battered, blistering, paint-peeling violence in an equally loud and violent lime-green sleeve, this beautifully DIY demo barges its way into your brain, says everything it has to say, kicks over your nan's priceless vase and slams the door. MRKAXN take the best bits of Castor Troy, such as Mark's trademark anguished vocal delivery, which used to leave him physically knackered at gigs, remove much of the grindcore/sub-metal bits and replace them with super-catchy straight-up riffs that last mere seconds before the whole thing changes tack completely, collapsing into feedback and concrete-heavy sludge. The last track in particular owes as much to London oiks Palehorse as it does to the desolate almost-melody of Flatlands.

If Castor Troy were tight to the point of almost sounding polished and refined, then MRKAXN are the former band blown apart and reassembled. In a shed. Quickly. And if they've started as they mean to go on, then with a tour or two under their belts, we should expect great things.