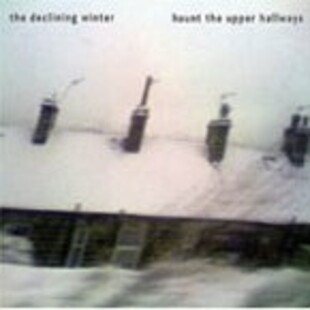 An entirely new experience for these ears, The Declining Winter peddle an intriguing brand of home-spun acoustic whimsy that borders on genuinely haunting at times, though irritatingly vague at others.

Haunt The Upper Hallways is their second full-length effort, opening with a spooky echo of feedback that builds into the bilious title track, which tumbles along at a fair old pace. All very well and good until the vocals appear, which are dull and annoyingly tonedeaf. Thankfully, the dreary 'Ohhhh Godddddd, Wheeeeen's It Goooonnnaaaaaa Eeeeeend?' yawning (my words, not theirs) is kept to a bare minimum, with the majority of the album getting along fine without them, thank you very much.

And it's in instrumental mode that TDW are at their (or his, I believe this to be the output of one man from Yorkshire) twinkling finest, coming across like a more organic, if less musically proficient Tunng.

Throwing all sorts of instruments into the mix, it's an intriguing listen, with an obvious bedroom-based production allowing the more grating discordance some convenient leeway. Dreamy and folky, Haunt The Upper Hallways is the sort of record that sends you to sleep in a good way. Just don't expect to be singing it in the shower when you wake up.