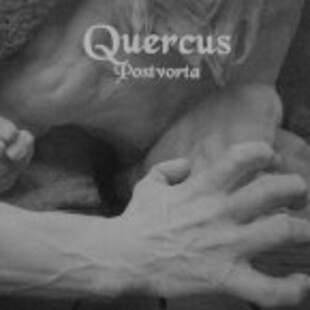 Czech Doom anyone? No, didn't think so.

What we have here is the result of some gothic metallers having a go at playing slow, and what do we get? A lethargic album that would be an insult to compare to the bands they are so boringly ripping off. Imagine a My Dying Bride album spinning about a third of its intended speed, some death grunts reminiscent of Obituary and some almost folkish sections where the drummer decides to drum over some harpsicord effect from a keyboard and you have an idea where this flawed bag of toss is coming from.

It isn't just boring, it's actually a little insulting to listen to, the bass drum sounds like Lars Ulrich's terrible sound circa THAT 'One' video, clicking all the way through the treacle-thick mire of sound when the guitarists actually bother to play their oh-so-significant notes of downtuned evil.

What actually happens is you wait for something good to happen, and something does. What sounds like a sample of a cat miaowing comes in through the nonsense and it is hilarious, as well as being the best thing about the release in general, avoid this unless you need to make yourself sleep, though god only knows you will be bored by the dreams this turgid monstrosity will inspire.