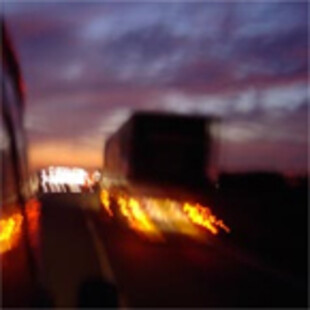 Pale Horse first unleashed their two-bass, no guitar, typically English take on sludge on us back in 2003 in the form of 'Gee, That Ain't Swell' which harnessed not only unpleasant feedback, slow grooves and the first instance of Bob Monkhouse on a sludge record, but also had a typically English sense of humour.

Fast forward five years and the band have undergone member changes, countless tours and gigs, and have recorded their long-awaited follow-up, but knowing their infamous apathy when it comes to their music, they probably don't care what I write.

Well, to say that they sound more disgusted with humanity and even more annoyed than on their debut is an understatement. The same strains that feature on their debut album come forth in the form of opening instrumental track 'Waited', its calm and placating tones in stark contrast to the first proper track here 'What Community What Scheme' which comes across as a faster, more direct beast than previous efforts. The vocals are the same, non-stop and pissed off, but addition of second vocalist Nickolai forms a more incendiary attack, half spoken, half screamed lines make it a claustrophobic listen. Original vocalist Seedi appears on this recording, but has actually since left the band, his presence will be missed, his performance on here is as sick and angry as he has ever been.

'I'm Afraid We're Still In Wheelchairs' blasts and lilts between Today Is The Day style staccato riffs and more pleasant quiet sections, the unique dual vocals here shining through in contrast to each other.

'We Cannot Love You' sounds desperate and dissonant as it begins, Seedi and Nickolai talking over each other in a confusing way before the trademark bass sound that makes them such a recognisable band kick in and take over.

To top off this brief and some would say, quite different release, 'The Guiltiest Secret' perhaps is the album highlight, a stop-start and feedback-peppered effort that features more of this vocal technique that the two singers seem to have adopted to create a panic-inducing sense of being closed in, even the singing in the quieter part of this song is uncomfortable before the ending cacophony.

What is missing from this release however, is the original sense of humour that was present before in droves, but that is perhaps what the band want to present. Five years of gigs and setbacks may have made them want to ditch these quirky elements and it's no bad thing, the music is still as punishing and effective as it has ever been, if not even more so thanks to the tangible sense of vitriol on display here. It will be interesting to see where this band progresses from here.