Among The Missing Cease To Exist 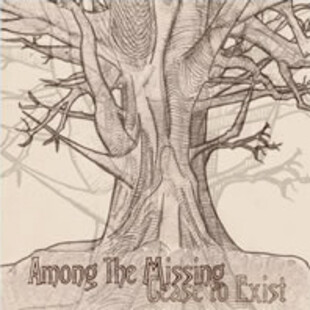 Among The Missing conjure up images of a rampaging band of drunken berserkers, riding atop some rickety war-wagon, causing pissed-up anarchy wherever they go. 'Cease To Exist' would be the soundtrack to this unforgiving scene, as the band pillage, steal and burn their way through unsuspecting villages, vomiting yellow sludge on them as they went.

The band draw in influences from every genre around them, like a giant sea anemone gorging itself on whatever deep-sea horror swims into its path, digesting the varying contents in its foul stomach to create a stinking cesspool of giblets. Among The Missing are that cesspool. They display the range and versatility of bands like Fistula, spanning several genres in a song without compromising any of them. Whether they are colliding blast-beats with Dischargesque d-beat sections or simply piling on the pounds via dirty sludge riffage, the band are always impressively heavy and it's clear they don't give a fuck about conventions.

Over the ten tracks the song lengths range from 0:48 to 11:04 and not one of them sounds alike. It also doesn't hurt that there is a different combination of vocalists on every track, bar a few with just Bloody Kev of Raging Speedhorn/Helvis/Hard To Swallow fame. From the nihilistic screams of the aforementioned Kev to the haunting singing of Christina Lange, all the vocalists add something special to their particular song.

'Cease To Exist' is a highly original album of truly filthy music and one that comes highly recommended to fans of Sludge/Stoner/Doom.

Forums - - Among The Missing - Cease To Exist