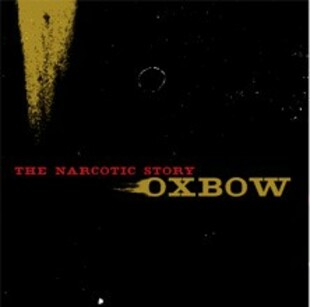 Oxbow are a band that truly terrify.

1) Eugene Robinson, the band's frontman, is more of a front wall. The man is huge, and is probably one of the few people to deserve the phrase "built like a brick shit house". Tattooed and one of the few frontmen that I think truly mean it, he is formidable.

2) The band themselves create a nihilism in their music, that 99% of doom bands will NEVER come near to. Ever.

'The Narcotic Story' is a paradox for me, as a 'behind-the-sofa' fan of Oxbow for a while now. It is undoubtedly the most passionate, personal and downright frightening album that have ever put out. It is beautifully put together - a real work of art. It is an encapsulation of the synapse flashes of a great mind, a genius given up on the world... it's last thoughts as that individual hangs themselves.

This isn't the concept understand, just my mental image of where this release is coming from emotionally. The paradox comes, bewilderingly, from the fact, that despite it's increased experimentalism and abstraction, that 'The Narcotic Story' is by far Oxbow's most accessible release to date.

Oxbow have come full circle - they've experimented so much, that I think this album will be most acceptable to most ears. A track like 'Frankly Frank' is gut wrenching. The couplet of 'Down A Stair Backward' and 'She's A Find' gorgeously filthy.

Every track is highly disturbing, is somehow catchy to me, has amazing lyrics, has great meandering riffs, has perfect production... and each in their own way is a true classic. Each track is composed to the point of epiphany is mind-numbingly sublime. Simply stunning.